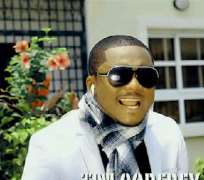 According to a message sent to Nollywoodgists.com, the Agidigba crooner is said to be hale and hearty.

A call to Sabina of Naija FM, who is very close pal of the artiste, is still not successful, as she is as at press time (10:20am) on a live show. But uncorfirmed reports say he was seen at a police station in Lagos.

We would give you confirmed details of his release immediately Sabina ends her show on radio by 11am.