3-Step Solutions for Fights with Mom 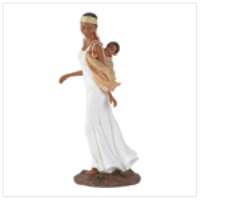 She was the first person in your life (literally), and for many women, their mother has remained number one in their hearts -- a champion, hero and best friend all in one. But, that's not always the case. From small disagreements to larger conflicts, even this first, treasured relationship can be pushed to the breaking point. What happens when you don't get along with your mother?

"We need to understand that conflict is normal," says Mary Marcdante, author of My Mother, My Friend. "I think a lot of what causes conflict [between mothers and daughters] is that we don't express our needs directly -- and as women we're not taught to do that. [We're taught] that other people's needs come before our own."

How can you disagree with Mom -- and feel good about it? A communications expert, Mary prescribes a three-step system that works for resolving most mother-daughter conflicts.

1.Acknowledge: "Set aside your judgments until you understand more of why you mother's perspective is the way it is." Rather than jumping into the conflict ready to blame or defend, take time to think about your mother's experiences and why she may disagree with you on certain issues.

This includes listening. "People always want to be heard, and before they can hear you, they want to feel heard." It's important to let your mother know that you hear her. "It can be verbally or nonverbally, through a nod of the head, through a smile to say 'I get it' -- of course, be careful that this isn't sending a mixed message during conflict." You can also use these phrases:

2. Empathize: Recognize that her stance is one you may not agree with but is important to her. What you can say: "I can see that this is really important to you."

3. Assert: "Then the assertive part comes in where you take your position." Mary tells daughters to start these statements with the word "and." "If you use the word 'but' it disqualifies what your mother is saying. For example: "And, Mom, I have a different perspective on …"

Finally, let her know what you want. Tell her, "I would appreciate it if you would (and then you put your wish in there)."

When it comes to talking to Mom about heated issues, Mary also has a few more tips that may come in handy:

"Timing is very important. A lot of times, we're so upset that we feel we have to deal with it then and there. And with most issues, you can take some time to process them."
Visualize a positive outcome. "What we tend to do is imagine that she'll blow up, or we'll have an argument. And we create this self-fulfilling prophesy of negativity, so visualizing positive outcomes gives your brain direction."
Be willing to disagree. It's as simple as saying, "Mom we just may not agree on this, and that's okay."
Take a break. Mary warns daughters, "Don't push so hard that you get into an escalated situation."
"Tone is important because we often think we have the right words but don't have the right tone. Come from curious tone of voice rather than a blaming or defensive one."
Remember that changing the way you communicate takes time. "Mother's Day is not a good day to bring up old stuff." Set differences aside for this one day, and, "focus on living in the moment with forgiveness. And that doesn't mean that you forget about it." Rather, Mary finds that disagreement sabbaticals can also be a relationship-altering experience. "It really frees you have that experience, and it sometimes opens up doors that have been closed for a long time."