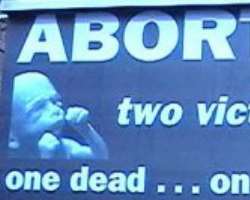 Young girls in several parts of Ghana are now involved in “Susu for abortion” What these young girls do is to save money for abortion before they are pregnant. Some even go to the extent of forming a cooperative where they actually save to help those of them who might not have saved enough money for abortion.

In an interesting discussion with some young girls who are mostly Junior Secondary School students and drop-outs, Modernghana learnt that, they are aware of diseases, abstinence and condom use but still cannot do without sex because, they earn a living through sex.Some also see sex as fun and a way of showing love to their boyfriends.

“Our boyfriends don't like condoms; they say they want to feel us. Some even think when we tell them to use condoms, it means we don't trust and love them” One said.

According to them they save at least 2,000 cedis a day at a nearby Susu kiosk so that when they are pregnant they can use that money for abortion.

One of them told Modernghana.com that because a lot of girls are aborting these days, the doctors are charging a lot so if you know you could be pregnant any time; you would save for a quick abortion.

These girls who fear using herbs and other concoctions go to the clinics and pay over two hundred thousand cedis for an abortion. They were quick to add that, it depends on the duration of your pregnancy and the clinic you go. So you have to plan ahead of time.

In a separate interview with a gynaecologist, he stated that some of the costs of abortion are paid by friends of the pregnant girl who usually accompany her to the clinic.

“We always advice them to use condoms not just because of the pregnancy, but also to protect them from diseases , but you always see them coming again and again for abortion” he said.

According to him, young people should know that, when you have unprotected sex, you would be pregnant and also be infected with diseases. These pregnancy and diseases can affect your entire life. When they also decide to have abortion, they should know the consequences of abortion.

He explained the various effects which he categorised under psychological and physical.

On psychological effects, he explained that, young girls who have gone through an abortion often find that they suffer from depression and guilt. The guilt he said can manifest in many ways such as nightmares, insomnia, eating disorders, and an increase in alcohol or drug abuse. Also, the shame of having had an abortion causes many women to feel they have committed the unpardonable sin. Unable to forgive themselves, many feel God could never forgive them and so feel rejected by Him. These women either avoid God and Church altogether, or else try to pretend like the abortion never took place

On the physical effects, he told modernghana that, because abortion is an unnatural, invasive act on the female body and as such the cervix is not meant to be forced open and the uterus is not meant to be scraped and vacuumed empty, these young girls can experience immediate physical problems related to their abortions.

“Infection is the most common abortion complication which can easily occur if any placental or foetal material is left in the uterus. Injuries to the uterine wall can also lead to infection. Young girls who have an abortion while infected with Chlamydia have an especially high risk of getting pelvic inflammatory disease, which can lead to infertility” he stated.

He also explained that usually, abortion procedures involve inserting sharp tools into the uterus. These insertions may result in cuts or perforations of the uterus or bowel, which can lead to blood poisoning and even death. Also, during normal childbirth, the cervix, softens and slowly stretches open to allow the baby to be born. The cervix is not prepared to be forced open earlier in the pregnancy. Stretching the stiff cervix muscle to insert tools or remove foetal parts can tear and weaken the cervical muscle.

He listed other effects of an abortion to include excessive bleeding, haemorrhaging, shock, fever, vomiting, labour complications, infertility, ectopic pregnancy, miscarriage and death.

He therefore called on all stakeholders especially parents to help educate the youth on the dangers of abortion.