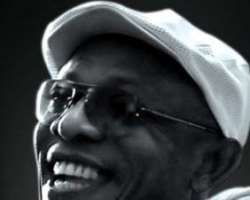 Nollywood Alist actor, Nkem Owoh (Osuofia) is currently enmeshed in a N100,000 debt scandal in the coal city of Enugu days after he regained freedom from kidnappers, who abducted him for one week before he was released after about N1.4m was allegedly paid as ransom.

Those in the know disclosed to www.nollywoodgists.com that the celebrated Osuofia in London star pledged N100,000 to the organizers of Enugu Centenary celebration are now trailing the star actor to redeem his pledge to them several weeks after he made the pledge. www.nollywoodgists.com gathered from the organizers that Osuofia is yet to fulfill his pledge to them, despite the fact that he is an Enugu State indigene and one of the organizers contributed financially to the ransome paid to his kidnappers when he was abducted. “It is more or less a debt”, a source informed us.