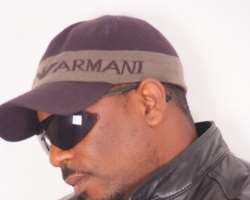 Doyen of Comedy, Ali Baba, Okey Bakassi and Basorge Tariah Jr., are some of the few frontline comedians, who have plans to institute an association for comedians that would serve as an umbrella for all humour merchants in the country.

Expected next year, the association, according to Ali Baba, would be a forum and a body, which would protect and curb the excesses of comedians.

While the association is expected to grow all over Nigeria, Ali Baba, who is to be in charge of the running of the body alongside some other intellectuals in the industry, maintained that corporate organisations, who employ the services of comedians now have a body to lay their complaints whenever any problem arises and comedians who don't associate with the body won't be its responsibility.

However, Ali Baba reiterated that he is not planning to quit the comedy industry as he had earlier said.

In his words, he plans to start up something bigger, which is entitled 'Ali Baba and?'

“I would be starting up a show which would be something so different from what has been done in the comedy world. I won't be quitting the comedy world, I would rather be doing several other things that would be unique,” he said.