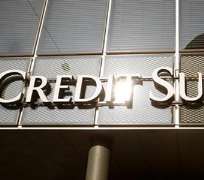 U.S. officials are offering 11 Swiss banks, among them Credit Suisse (CSGN.VX), a deal that allows them to avoid criminal prosecution in exchange for revealing full details of their U.S. offshore business to Washington, a paper reported on Sunday.

Famed for the care with which it protects account holders' anonymity, the Alpine state has been forced to act by a series of U.S. probes into alleged tax evasion by Americans concealing their assets in Swiss banks.

In 2009, the Swiss parliament approved a deal to allow UBS (UBSN.VX) to reveal details of around 4,450 U.S. clients and pay a $780 million fine to end lengthy tax proceedings that had threatened the future of the country's biggest bank.

The Swiss government has been in talks with U.S. authorities for months to try to get an investigation into 11 banks dropped, in return for expected hefty fines on the banks and the handing over of the names.

Credit Suisse (CSGN.VX), Julius Baer (BAER.VX) and Basler Kantonalbank (BSKP.S) are among the banks under investigation.

Citing an unnamed source, the newspaper SonntagsZeitung reported that 11 banks would each be offered a deal like the one to which UBS agreed.

In exchange, the banks would have to accept U.S. requests for administrative assistance in tax evasion cases that would mean delivering all information on their U.S. offshore business via Bern to the United States, the paper reported.

The paper described a meeting between Swiss officials and representatives on Friday in Berne. The paper also said the banks would likely accept the deal.

Yet a spokesman for the State Secretariat for International Financial Matters (SIF), which has represented the Swiss government in negotiations with the United States, said talks between the United States and Switzerland were still ongoing and that the meeting on Friday was part of a regularly scheduled series of talks. SIF Spokesman Mario Tuor declined further comment.

FURTHER DETAILS
As part of an agreement the names of the U.S. clients would be blacked out and the banks would also be fined, the paper said, adding that the banks had until Tuesday to agree to the terms in writing.

According to the paper, the information the banks would have to hand over included:

- Correspondence between a bank and its U.S. clients, including notes from telephone conversations and meetings.

- Internal notes about U.S. client business from the relevant business units and management

- All documents about the U.S. business model and about U.S. funds that were transferred to third parties.

The paper said the 11 institutions would have to reveal the names of the bankers who conducted the offshore business, though criminal cases against individuals would not be taken up.

Credit Suisse, Basler Kantonalbank and HSBC Switzerland would have to deliver material by December 31, the paper said.

A spokesman for Credit Suisse declined to comment. The Swiss Bankers Association was not immediately available for comment. Neither was a spokesman for Julius Baer.

A spokesman for the State Secretariat for International Financial Matters, which has represented the Swiss government in negotiations with the United States, was also not immediately available.