THE RICH, THE POOR AND FUEL SUBSIDY 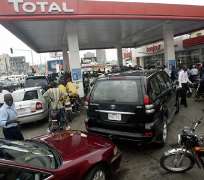 "It's probably too much to say that it's a jobless recovery, but it's certainly a recovery with not enough jobs … Especially because of youth unemployment... there is now a risk that this will be turned into a life sentence, and that there is a possibility of a lost generation,"

Curiously, the poor in Nigeria have become so important to the equation to get subsidy on fuel retained or scrapped. What a strange twist of fate for the Nigerian underprivileged? Government had argued it is withdrawing fuel subsidy to reinvest in the economy and to better the lots of the poor, while those agitating against the policy had submitted that the policy was a grand plan to further impoverish the less privileged. And to that extent, the poor in Nigeria should be glad that they are having their say, and hopefully they may have their way.

The Senate probe has shown that some rich, fat cats were involved in the bad fortune that has befallen the regime of fuel importation. Stories were told of how they stood in between importers of fuel, marketers, customs and the government agents and cleverly fleeced the country of several billions of naira in only one year. To Senator Bukola Saraki, Nigeria shouldn’t have spent more than the appropriated amount of N250 billion. Therefore, it is mind burgling that the expenses on fuel importation will gross N1.3 trillion in one year.

Only a fool would claim to have eaten with a stolen plate. The businessman who invested his money to import fuel at a price above the pump price is entitled to claims from government, therefore in good conscience, he could not be said to have stolen those billions of naira, the difference between our needs and actual imports. So are the marketers that rendered useful services of getting the fuel to the nooks and crannies of the country to ensure uniform pricing of N65/liter. They have all rendered services for the Nigerian poor while also serving their pockets. Self-interest is the first rule that drives the capitalist system and it says you serve the interest of the society as you protect your individual interest. These businessmen, I know will be interested in the continuation of the good and lucrative business which is serving the Nigerian poor so well, won’t they? Even a lunatic with a hoe must till the soil in a manner that will favour him.

During the Senate Public Hearing on fuel subsidy, Dr Ngozi Okonjo-Iweala had informed us that any cheap fuel that crossed to our neighbouring countries is a loss to government and to the poor in Nigeria. Ironically, millions of litres of fuel ended up in neighbouring countries every day. What Nigeria had lost, our good neighbours had gained. Appreciation should go to the rich and the poor Nigerians who ensured that good services were rendered to our neighbours in Chad, Benin Republic, Cameroon and Niger with cheap fuel disappearing in different sizes of plastic containers. They are usually driven or ferried through thousands of porous borders where nationalities, communities and citizenships melt together.

I agree with Dr Okonjo-Iweala that it is unwise to allow the wealth of this country to be squandered on hungry neighbours or left trapped in the hands of wealthy few doing curiously genuine businesses, when we can find good uses for them for millions of vulnerable Nigerian pregnant women, children and unemployed youths. It is better to put the money in employment generating public works or pass it directly to vulnerable women and children in an established social welfare program.

There seems to be a great danger hanging over our heads in allowing our youth to rot away like overripe oranges. Even our leaders have realized the danger in the trend. While leading the PDP governorship campaign in Lokoja recently, President Goodluck Jonathan warned of impending revolution if youth unemployment in the country is not tackled headlong.

Chief Olusegun Obasanjo in the same vain expanded on the theme few days later by admonishing that the country is sitting on a time bomb if the challenge of unemployment is not quickly addressed. As a matter of fact, it will be the second time Chief Obasanjo will be sending warnings in the last 6 months. Mid June 2011, in faraway Geneva, Chief Obasanjo in the presence of world leaders, labour leaders and employers called on all governments to borrow a leaf from what is happening in the Arab world and quickly create enabling environment for job creation by the private sector. ‘If we don’t, the youth will be ignited and we will all be consumed,’ Obasanjo warned. That I think is enlightened self-interest.

Jonathan’s policy to remove fuel subsidy and massively reinvest part of the savings in ventures that will generate employment could be the saving grace that will get the country’s head off the chopping block. One is particularly attracted by the component that promised that recovered funds will be used to strengthening the poor. It also says that the objective is to good foundation for building social safety net mechanism in the country. The assumption here, which is very correct, is that no safety net program had existed for the poor in Nigeria.

Is there assurance that government will deliver on promises to spend the money for us? If we get that assurance, it could encourage the poor to stop resisting. The only people who may want to mobilize to the streets are those who want to play politics with the idea, even though, they too had promised to stop the scourge of unemployment during the April 2011 elections campaigns.

The other issue that crept into the picture is that of trust. Many Nigerians have asked themselves if they can ever trust any Nigerian government considering how past savings from fuel subsidy got mixed up in the national treasury, with no visible compensation for the vulnerable. There was an exception: the lopsided Petroleum Trust Fund established by late General Sani Abacha and administered by General Muhammadu Buhari. Nigerians can still see around some tangible projects established under the Fund. The trust between the government and the people can therefore be rebuilt from the long history of mistrusts. Though it may be difficult and time consuming, but it is not impossible.

Most observers are of the view that it is meaningless keeping the country’s wealth in the hands of some superrich. If transferred, the funds can be used to establish vocational schools for training and retraining for new skills acquisition for immediate employment. They can be used for increased mass transit availability in order to alleviate transportation challenges of Nigerians. Another area where the poor and the vulnerable can benefit is when saved funds are used for providing direct employment for youth, particularly in the poorest population through public works program, such as rehabilitation of public schools, roads and hospitals.