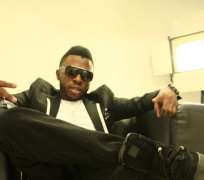 As an artiste himself he has chart topping songs like “Molowo”, “Noni”,”Moleau” and others.

However,news making the rounds about Samclef is that he has impregnated a University of Lagos,UNILAG undergraduate who is 4 months gone already.

It would be recalled that a few months ago,Samclef had a secret wedding engagement.

Samclef who has over the years enjoyed a scandal-free career was contacted on the issues and he responded,It's true that a girl is pregnant for me,and she is the person I'm getting married to

Releasing this marriage plans to us,Samclef said The wedding is next year though we haven't fixed a date yet,but we are doing the traditional wedding on the 28th of December in Imo State.

Samclef's wife to-be is a beautiful and delectable 200 level student of Banking and Finance.Her name is Yvonne Ikedru,the elder sister of Peggy,a female aspiring rapper under the tutelage of Samclef.