SALE OF OPL 245 TO SHELL/ENI ILLEGAL AND FRAUDULENT 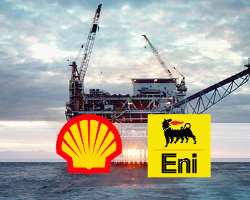 Committee on Upstream Petroleum
Federal Republic of Nigeria
December 10th 2011
Dear Sir
RE: APPROVAL AND SALE OF OIL BLOCK OPL 245 BY DPR AND MINISTRY OF PETROLEUM TO SHELL & AGIP

On the 7th of December 2011 various news papers internationally and local published a report that Royal Dutch Shell and Eni said on Wednesday they have bought the prospective Nigerian deep offshore oil block OPL 245: these reports were given to all the various news outlets by Shell and ENI (Agips parent company), http://sweetcrudereports.com/2011/12/07/shell-eni-buy-nigerias-controversial-opl-245/.

As a concerned Nigerian, I urge the House Committee on Upstream Petroleum, to investigate the approval of the above Oil license and sale to Shell & Agip by DPR and the Ministry of Petroleum; and consider the transfer of ownership to Shell and Agip as illegal; in addition to revert the said oil block to its previous status and only allow such oil block to be sold to parties who fit the requirement of the oil blocks initial license. Which says that no foreign company can directly or indirectly buy more than 40% of the oil block.

The Oil block was sold to Shell & Agip by Malabu oil and Gas Ltd. The original license holder of OPL 245 for the sum of $1.3 billion USD plus a signatory Bonus of $210 million USD. The issue at hand is that OPL 245 is an oil block first issued to Malabu Oil and Gas Ltd in 1998 under the indigenization program to boost local participation in the oil and gas industry. The Block was later issued a 2005 PSC still under the indigenization program; please read the attached out of court settlement document made by the Ministry of Petroleum Resources dated 2nd December 2006.

Over the years several oil licenses have been issued under the indigenization program to various local oil companies, all those companies had to comply with the rules of the license. In the above case why should an exemption be given to Malabu, Shell and Agip by DPR and the Petroleum Ministry? Why if Malabu wanted to sell shares in the oil block they did not comply with the license and sell only 40% of the interest? Also why did DPR on this case feel it was necessary and in the interest of Nigeria to change the license and allow the sale of 100% of the oil block to two Multinational oil companies, one (Shell) who is being investigated in its participation in the Killing of people in the Niger Delta? I am also aware that the President appointed a new head at DPR who was a Vice President of Shell International, is this not a gross conflict of interest?

I assert as a Nigerian that Malabu, Shell and Agip including the Government of Nigeria should play by the rules of the game. If not why should other companies holding oil blocks under the indigenous program not be allowed to change their licenses? Further I for see huge legal problems in future where other companies will take the government to court and also request damages in the 100`s of millions for not allowing them to change their licenses as was allowed in the OPL 245 situation.

I kindly request the House to investigate the sale of this OPL 245 License by the Ministry of Petroleum Resources & DPR and also freeze all funds transferred by the buyers. This transaction also smells of gross corruption which possibly includes bribery by all parties involved. Does the Nigerian Government have the conscience to do the right thing?

Thank you for your assistance on the above.
Yours truly,
Ademola Williams – Nigerian.