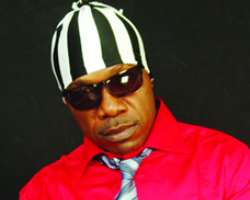 The Governor of Benue State, Gabriel Suswan is leading all sons and daughters of Tivland including Senate President David Mark, Attorney General and Minister of Justice, Mike Aondoakaa and other dignitaries to Abuja on December 13, 2009 in celebration of Zaaki Azzay, a son of the soil who has made a mark in the music industry.

Speed is what the crème-de-la-crème of Benue and other parts of the country will be gathering to unveil at the Ladi Kwali Hall, Sheraton Hotel, Abuja next month. According to Zaaki, it will be a day of fun and undiluted entertainment as other top rated artistes will be joining him to thrill the guests.

He says: “I am the artiste being honoured but I have decided to invite my friends and colleagues to come and celebrate with me. I will be performing along side Timaya, Faze, Sty-Plus, Dare Art Alade, Eldee the Don, Brackets, Adewale Ayuba and Omawunmi. While Bisi Olatilo will compere the show, comedians like Gandoki, Said Mohammed, Francis Duru, Koffi and Seyi Law have agreed to deliver rib-cracking jokes on that day.”