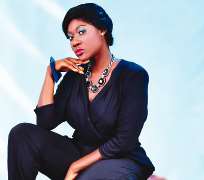 That's what News of the people is reporting.

Here is the full story.

Sultry actress Mercy Johnson is no doubt a woman that cannot be toyed with in the Nollywood when the names of who is who in the Nigerian movie industry or even in the world for that matter are mentioned.

This is based on the agility she applies to her craft to dish out what she knows how to do best,which has untimately made her a celebrity to reckon with,but that is not the story for today.The one now is very disheartening if not unpalatable.

Not too long ago,precisely August 28 2011,the actress was in the news,putting an end to a conflicting story which emanated at a scene on the he above mentioned date.But this time,it might definitely not be the best of time for the Kogi State born diva,Mercy Johnson as the news you are about to read may sound bizarre.

Undoubtedly,Mercy Johnson is one of the best actresses in Nigeria who has carved a nitche for herself before her much publicized marriage to Edo-born prince,Odi,which might not even confuse one whenever she is being link to several scandals.

According to the information,Mercy Johnson was said to have engaged in a combat on a movie location in Asaba Delta State,with a colleague whose name has not been revealed to us.The brawl,we gathered,made her to lose one of her eye balls in the ensuing brouhaha.

Information from other sources however claimed that ever since the unfortunate incident,newly wedded Mercy Johnson has found herself pitiable in the unbelievable situation,as her family members have been running helter-skelter to ensure a surgical operation for her in London,so that the eye can at least return to a manageable state as the damage done to the right eye is very gory.

On the heels of this,we placed repeated and anxious calls to Mercy to know the truth of the matter before going to press,but our efforts proved abortive as her phone kept ringing without response.

But before the temper of you lovers of Mercy begin to palpitate,let's quickly tell you that the flick we are referring to was written by Micheal Jaja,continuity by Prince Apex,costuming by Chioma Okafor,props/set by David Aginwa(Ghana) make-up by Gabazzini,managed by Boniface Ogbonnaya,produced by Magic Movies,and finally directed by Micheal Jaja.

What a great combination of talented hands to give out such a great piece of work.