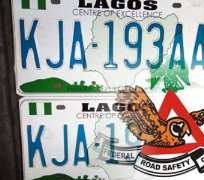 A statement by the National Publicity Secretary of the CPC, Rotimi Fashakin said, the party recalls “that on Friday, September, 2011, President Goodluck Jonathan launched the FRSC money-making project which will cost each certified and qualified driver N21, 000 for both the number plate and driver’s license; the amount goes much higher for higher grades of vehicles. During the occasion President Jonathan described the policy as FRSC’s contribution to his government’s transformational agenda, thereby inadvertently telling Nigerians that his agenda is to inflict untold hardship and unmitigated suffering on Nigerians.

“But we are concerned more by the illegality of the whole process. The statute that established the FRSC spelt out clearly that the agency is created to manage road traffic and maintain safety on Nigerian roads; that FRSC has rushed into the unconstitutional project of revenue generation for the Federal Government is a misplacement of values and overreaching its constitutional functions. Thankfully, an observant legislature has directed the commission to hold the exercise in abeyance because of its offending illegality and the unnecessary pressure on the beleaguered Nigerian masses.

“It is against the principle of federalism that underpins the relationship between the states and the central government in Nigeria. Apart from the issue of federalism, FRSC’s intention to redesign and reproduce driver’s license and vehicle plates all over the country, thereby subjecting Nigerians to a needless but costly plate number and license renewal exercise is goaded by selfish interests to generate revenue like other government agencies, and use or misuse same, without probity, and without recourse to appropriation accountability through the National Assembly.

“Though we are totally in support of any measure that will result in greater sanity on our roads and the promotion of the safety of road users and their vehicles, we question the rationale behind this exercise. For one, the people of Nigeria deserve to be carried along in any new policy, no matter the perceived good it will do the populace; this is the true face of democracy. A public hearing with all the concerned stakeholders would have allowed the people to contribute to the fine-tuning of the proposed project, and even allowed them to contribute to the fee-fixing, and so convince them that the government was not bent on imposing hardship on the hapless citizens.

“More importantly, let the FRSC concentrate on its initial enabling mandate by maintaining their function of managing road safety and ensuring sanity on our roads, and leave the issue of money-making for appropriate agencies. The weightier aspects within the wide gamut of road safety management have not been fully explored in inculcating discipline in the use of the roads, thereby drastically reducing the incidences of mindless carnage on Nigerian roads. This, therefore, underscores the need for FRSC to deploy its resources in achieving this noble objective whilst leaving the monies from licensing to the appropriate agencies in the various federating states in Nigeria.

“We call on the state governments not to give up their right to function beneficially in a Federal State like ours, and not be usurped by an agency prodded by a few powerful interests. We also believe that the House of Representatives currently investigating this dubious FRSC licensing exercise is spot on; and therefore we call on Nigerians to give them full support, while being secure in the hope that history is always on the side of the oppressed.”