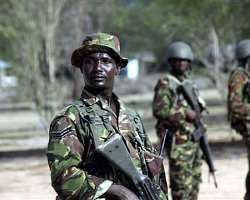 Nigerian politicians are funding members of a radical Islamist sect responsible for dozens of shootings and bombings this year in the north and capital of Africa's most populous nation, the state security service (SSS) said on Monday.

Boko Haram, whose name translates as "Western education is forbidden", has carried out near daily attacks in the remote northeast in Borno state, where Nigeria borders Cameroon, Niger and Chad.

Although parts of the sect say they want sharia law more widely applied across Nigeria and threaten international targets, most factions are focused on local issues and carry out politically motivated attacks.

The SSS, Nigeria's intelligence agency, said in a press briefing that on Nov. 3 they arrested Ali Sanda Umar Konduga who admitted to being one of the spokesmen for Boko Haram, using the name Usman al-Zawahiri.

"He was a former political thug operating under a group widely known as ECOMOG," said Marilyn Oga, an SSS spokeswoman.

ECOMOG was a militia group funded by politicians several years ago in Borno and some former members have now joined Boko Haram, diplomats and security experts have said.

"His arrest further confirms the Service position that some of the Boko Haram extremists have political patronage and sponsorship. This is more so as al-Zawahiri has so far made valuable confessions in this regard," Oga added.

The SSS said a politician in Borno recruited al-Zawahiri, who attended the press briefing, gave him a new name to portray him as an extremist and paid him to send threatening text messages to judges and rival politicians.

Al-Zawahiri is also the name of the leader of al Qaeda.

Borno state is one of the 13 out of 36 Nigerian states not governed by the ruling People's Democratic Party (PDP). Al-Zawahiri, speaking in the northern Hausa language and translated by SSS officials, named members of the PDP who he said paid him to disrupt the leadership of the state.

The PDP did not immediately reply to a request for comment.

Boko Haram carried out two bombings in the capital Abuja this year, the latest in August when a suicide bomber smashed a car full of explosives into the United Nations headquarters, tearing off the side of the building and killing 24 people.