I AGREE, 'IT IS TIME TO STONE THOSE IN POWER' 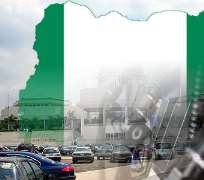 Goodluck Jonathan has pinned the reactions of Nigerians to the proposed removal of subsidy on those who want to throw him out of office. I say that he fired the first rounds of shots on his legs. If this will mark the beginning of the end for his insensitive regime, let the occupation starts.

I want to ask the same questions that Reuben Abati asked in 2009: How? Where is this subsidy that government talks about? How was it disbursed?

Reuben Abati wrote in that headline that Nigerians will soon be trekking. Sadly enough Nigerians have actually been trekking before 2009. I remembered trekking from festac town to CMUL during the 2001/2002 fuel scarcity. I had obligations that couldn’t wait.

In 2011 Nigerians are not only willing to trek, they appeared ready to march down the Jonathan government that has come to be characterized by weakness in all its ramifications.

From one generation to another, the Nigerian government presents a constant image of a permanent aggregation of dubious elements. In my personal opinion, I have concluded that no amount of additional suggestions or written essays can solve Nigeria’s problems.

Are there problems facing Nigerians that the solutions have not been proffered here in the Nigerian Village Square or elsewhere where Nigerians display their intellectual capabilities? Do we have problems in Nigeria that we have no discussed about openly? What has happened to their implementations?

I believe so much in the solution proffered by Reuben Abati. Even so because when it is carried out it will consume people like him. I like such solutions that will not spare the hypocrites, the pretenders, the sycophant and the famously corrupt people in government many of whom have been rewarded by meaningless national awards over several years.

If Nigerians obey Abati’s call by simply rising up and stoning the people in the corridor of power, I am convinced that the revolution we long sought will start. It might be ultimate the clean-up we have waited from since 1960.

It is sad how things have turned out for the ordinary Nigerians. On a poverty wage of USD 113/ month, a Nigerian is expected to pay his rent, bills, and sundries. There is no greater miracle on planet earth than a Nigerian living on N18 000 per month.

In a country where more than 20% of the population is unemployed, I have found it hard to find a greater tragedy against the back drop of the immense natural resources and potential human resources.

If there is any country in Africa where the government should be giving relief packages to her citizens after 51 years of misrule and leadership failure, that country is Nigeria.

In a twist of test of resiliency the ordinary masses will be insulted further. For failing the build or maintain functional refineries, for failing to fight or curb systemic corruption, for failing to deliver on the so-called dividends of democracy, the insensitive Nigerian government now headed by Goodluck Jonathan will make Nigerians suffer even more.

Rather than relief package the economic team of Goodluck Jonathan, his executive council and the so-called stakeholders will deliver loads of additional burden onto Nigeria.

The arguments are hinged on the famous textbook concepts rather than the realities on the ground. There are no arguments that the Jonathan government has put forward that is different from what Obasanjo and late Yar Adua proposed. In all the previous partial or total removal of subsidies that have been used to increase the pump price of petroleum products, there has never been a corresponding increase in the quality of lives of the Nigerian people.

There is absolutely no reason to believe or trust the Jonathan government. It represents the PDP government that has held sway since 1999. The PDP is the largest aggregation of corrupt people in Africa. Under the PDP the quality of life has declined sharply at the same time that the cost of it has continued to increase unhindered.

This, as Jonathan feared in his recent utterances that the opposition wants to bring down his government, must be the last test of resiliency for Nigerians. Any attempt to increase the burden of Nigerians should be met with the highest possible resistance. The opposition that I see is the over 90m Nigerians living below the poverty level.

The argument that the state governors are in support of the removal of fuel subsidy does not hold water. Which governors? We know they want more money from the 52% that the federal government has been looting for several years because they are all the same birds. Why should what the governors want be a benchmark for what the people want?

Why do the extremely rich but corrupt people in the corridor of power think that they know what is good for the suffering masses? When will the voices of the people start to matter democratically, if truly we are under a democracy?

I think it is sad and disappointing that Jonathan think that only the people in the middle class who have 4-5 jeeps will be affected by the subsidy removal. A lot of middle class Nigerians are even still struggling to maintain their statuses and to continue to pursue a happy life.

The dynamics of the Nigerian economy certainly reveals that the masses are the end-receivers of failed policies. When the subsidy is removed there is no doubt that the cost of transportation that is already exorbitant will increase further and the prices of dietary and other consumable products will follow the same curve.

We cannot live in denial and allow those who are shielded from the reality of everyday existence since they got to the corrupt corridor of power speak on our behalf any longer. Reuben Abati and the other advisers cannot speak for the masses. Nigeria has not improved since this administration started wasting our time. Policies or parameters that neither put food on the table nor increase the quality of life/standard of living are abstract and worthless.

The practical situation in Nigeria today is worse and even more deplorable compared to 2004. Someone, an ordinary Nigerian who knows where the shoes hurt, wrote today that Nigerians should be ready to turn sand to food. In all sincerity he was not joking and he didn’t think we should laugh about his comment. People are suffering.

Nigerians need relief packages and they should be brought forward now.

If this virtual subsidy on oil products is removed and Nigerians remain resilient, it means our collective “suffering and smiling” will continue. It also means that People Deceiving People Party and the team of political and economic looters who are blind to the reality of a daily Nigerian life have succeeded again. Our glory is not yet come and that is so sad and disheartening.