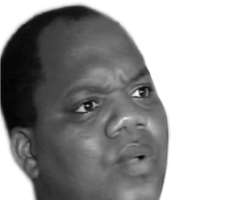 The 6th Abuja International Film Festival, which was initially scheduled to hold between 22 and 25 of this month, has been postponed.

The festival was postponed in order to allow delegates, visitors and participants observe the Islamic Ramadan period actively.

The event, which has so far received over 211 film entries from Nigeria and abroad, is now billed to hold between 27 and 30 October at the Musa Yar'Adua Centre and Bolingo Hotel, Abuja.

This year, the festival capacity building segment will launch its filmmaker's Talent Hunt Academy, which will be a 4-day class for aspiring and established filmmakers.

During the event, the Honourable Commissioner for Information, Dora Akunyili, is expected to deliver a speech on the role of Nollywood in rebranding Nigeria.

Other speakers at this year's festival include the Director-General of the National Films and Video Censors Board (NFVCB), Emeka Mba, Otunba Segun Runsewe of NTDC and Dr. Idi Farouk of NOA among others.

Nollywood Reel gathered that two experts from the Kenyan Film Commission (KFC), Mr. Kindu Machuvu and Miss Sighele, will be coming to discuss how the KFC has been able to sell its country's tourism potential to the world.

The newly instituted Nollywood Achievement Award of the festival will be given to 15 individuals including the late Muyideen Alade Aromire.

According to the festival initiator, Fidelis Duker, “we are honouring these selected people because of their outstanding contribution to the growth of what we today know as Nollywood.”