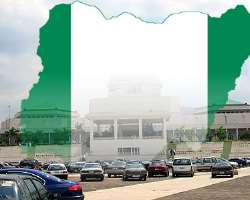 In the United Nations of Nigeria some citizens have the habit of wondering about the eventual disintegration of the country due to the overwhelming realities of 51years of structural malfeasance, corruption, ethnic strife, and ineptitude on most levels. The scenario of succession is further compounded by groups like Boko Haram in the north, MEND (and other Niger Delta militants, and MASSOB in the southeast. Some of these fringe organizations are directly and indirectly championing the goals of disruption in Nigeria. Though, the reality is that Nigeria might have more staying power than the world. If the proclamation that the world as we know it is going to be nonexistent by next year (2012) is anything to go by, then those that have predicted that Nigeria will cease to be a nation in 2015 might need to re-consult their oracles.

Hence, our attempts to proffer solutions must acknowledge that the status quo is hinged on the sad reality that our country is a protectorate/gift that keeps on giving to the “so called” outnumbered and powerful few at the expense of the marginalized majority. As we transition from these perilous times when most right thinking citizens of the Dis-United Nations of Nigeria have begun to critically examine our continued coexistence, we have to consider the skeletons in our closets. Our various nations need to decide the modalities ahead in a situation where Nigeria has joined the League of Nations with routine suicide bombings. In order to decide about the present and the future we painstakingly need to investigate some of our skeletons that have gotten us in this situation, such as some Muslims in Northern Nigeria quest for political dominance/hegemony; the affinity by some in the Southwest, the Niger Delta, and the North to be Kingmakers while supporting rogue governments for nearly six decades; the genocidal wars against the Southeast that have continued unabated and now includes Christian and non-Christian communities in the north irrespective of ethnicities; and finally the economic and infrastructural assault against the Niger Delta people whose communities have been the bedrock of survival for the Nigerian nation through the Black Gold of Petroleum.

There needs to be the realizations that there are no magic bullets and those that will rather destroy than to build a better society are also called upon to appraise their motives and their anticipated objectives. One of the magic bullets which some who are frustrated with the status quo of corruption, impunity, and lack of transparency have opined is the emergency in Nigeria of a character like Jerry J. Rawlings the former president of Ghana. Our psychopathological inpatient personality is so perverse with the quick fix disorders that we always want a messiah to cleanse the system. We are unwilling to use time tested systematic and best practice nonviolent approaches to change our society.

Instead, like the Ken Saro-Wiwa characters in the 1980’s hit show Bassey and Company we remain obsessed with “drive through” reformist solutions. These so-called answers are shootings, bombings, and killing ourselves out of our problems. For instance an objective analysis of J.J. Rawlings methodologies will reveal the true empowerment movement that he led in Ghana albeit with antisocial and criminal means. Let us analyze what would have happened if a character like President Rawlings had sprang up in Nigeria. In our cynical nature some would have questioned his citizenship to start with. Who born u? Where your papa dey wey you wan come rule us for Naija? Others could have heaped all types of insults on his mother while counseling her to take her son to Scotland to find J J’s dad.

Unbeknownst, to our consciousness either due to repressive memory or inability to deal with the truth, the likes of President Rawlings drew their inspiration from Nigeria. Before the advent of Dictator Rawlings in 1979 Ghana, we had the unique experience of Major Chukwuma Kaduna Nzeogwu in the1966 United Nations of Nigeria who was born of Igbo parents but bred in Kaduna. In his misguided and illegal ploy to rescue Nigeria from the grips of the emerging political, military, and economic corrupt elites who have come to dominate us, Nzeogwu organized the 1966 coup. Despite his intentions, chief of which was to handover to Chief Obafemi Awolowo, the outcome was a bundled mess of deaths which some interpreted as tribal and unbecoming. Our silver bullet- quick fix was sabotaged with tribal sentiments and incompetence on two fronts due to the illegal actions and the unfortunate reckoning of events.

Ironically, fringe groups are still adamant in their decisions to use violence to address perceived grievances. They are more willing to massacre innocent people in their pseudo attempts at illuminating and eliminating injustices to effect changes. Some are also eager to blame the Nigerian federal government for all their problems without acknowledging that “Charity Begins At Home.” They are reluctant to ask for accountability and transparency in their hamlets, local government councils, and state governments. Some of us that know that we can walk and chew gum at the same time have our reservations for those that are described above. We wondered what the iconic nationalist Sir Herbert Samuel Macaulay the grandson of Bishop Ajayi Crowther would think if he were to revisit the United Nations of Nigeria in this fragile state.

Compatriots that really desire and want social justice and economic changes for all, that are not narrow minded need to stop remaining complacent. In all honesty we do not need the permission of President Goodluck Jonathan or anyone for that matter to plan and assemble a Sovereign National Conference. The likes of Boko Haram and MEND have never requested our authorization to bomb and mutilate us. We the people need to stand up against the tyranny of the minority from those who want to either plunder and/or divide the nation. As a Port-Harcourt son with Imo State heritage, I have no yearnings to fly neither the Niger Delta nor the Biafra flag when our state governors and local government chairpersons manifest the impunity of corruption without remedy that we criticize in Abuja.

In furtherance, of sustainable transformational changes we must be willing to recall legislators, governors, judges, generals, police commissioners, and chairpersons irrespective of party affiliations and without primordial biases of ethnicity and religion. We should be enthusiastic about putting ourselves on the line and our comforts on hold to peacefully occupy our public spaces and our government structures for present and future generations. It is unconscionable for us to allow our government to renege on minimum wages when our politicians and administrators are responsible for our over expenditures and massive frauds. Our bloated budgetary problems and deficits should not be ameliorated on the backs of the poor through the removal of fuel subsidies. These are some of the issues that we can effectively tackle with revolutionary progressive protests, strikes, sovereign conferences, and civil disobediences without resulting to anarchy as the first and/or primary solution.