Barrenness: Can you settle for adoption? 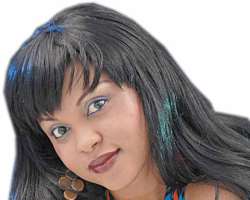 Child adoption is relatively new in Africa. But in the develop world people hardly blink because it is common knowledge that most couple who don't desire to sire children adopt. A living testimony is the case of former America President Bill Clinton and his wife, Hilary who adopted a female child.

In Africa of today, so many strange diseases have affected couples and leaving some of them barren. Given the African setting where mockery and ridicule rules, can a childless couple dare adopt?. As usual our roving correspondent Bridget Amaraegbu has all the answers. Check them out.

My sister, I'll not use myself for such example. But let's face it, some people go into marriage because they think everybody is getting married and they must marry. That is why they find it difficult to face the trials that come with marriage. So, a man and woman should be friends before they go into marriage because friendship has a way of taking you up from the point where you think all hope is lost.

Yes, it's possible for a man and woman to be married for several years without bearing their own child. And who says it's not ideal for them to adopt a child if all medical certification proves that they can't have their own?
There are statistics of couples who got involved in child adoption and in the process of training this child, they received their miracles and began to have their own children.

I want to say it clearly that there's nothing wrong with child adoption, not withstanding if it's the man or woman who has the problem of infertility. After all, it's another way of helping to bring up the motherless children. But when this friendship and love I'm talking about is not found in the relationship, then there's a problem and they succumb to pressure from friends and family members. Yes, they thought they are in love. This is the time to test true love. I love you no be for mouth. This is the time to prove it. But unfortunately, many people fail this test. I tell you that there's a way the people involved will handle this issue and they'll forget they ever had any problem and even forget how many years they may have spent together without a child. But when there's no love in the marriage, terrible things happen.

Let me tell you a very pathetic story about a particular couple who lived for many years without having a child. I used to know a couple who had this problem of child bearing and according to the story it was the man who's not fertile yet his wife agreed to stay with him regardless of their predicament. Unknown to this woman who's a manager in one of the leading banks in the country, her husband had another wife who slept with other men to get pregnant. And she already had four children in the man's name. And how did the story unravel? A time came when this woman was so sick that she went abroad for treatment and she was diagnosed of having cancer. Immediately her husband heard of her illness and how terminal it is, he brought the other woman who had children for him into their home and tongues began to wag.

I'm not saying that there's anything wrong with a man having a second wife but for Christ's sake, why didn't he discuss it with his first wife? I know some people will say that she would not agree but he should have discussed it with her and let it be on record that she refused, instead of stabbing her at the back.

Remember that this is a dying woman. What a terrible and sad way to die? The woman would die a very unhappy death after living under the same roof for many years with the devil in disguise.

Don't you think she'd regret every day she spent with this man? If she had known, she would have divorced him for another man since he's the one who's not fertile. At least, she might have had her own children to cater for her now. But it appears she lost everything because with the terminal ailment, she couldn't remarry, nor could she begin to have kids. Who will even believe she'd been fertile all this while but decided to stay with this man because she thought he loved her as much as she did? The reverse is now her case.
So, I think that instead of waiting for all these years to end up crying like this woman, the best thing is to adopt children on time so that both of you can bring them up and there'll be no need for a second wife.

Ah! I will not. I don't want to start breeding a strange blood in my family lineage. If my wife can't give me a child after many years of waiting, I'll have to take a second wife. But I won't do it without letting her into it and if she refuses, I may have to divorce her because she may end up killing my second wife or the child she bears for me.

On the other hand, if she buys the idea of getting a second wife, I'll make sure the younger wife and children will have to give her all the respect. In fact, they'll all call her mama. And in the process of taking those children as her own, she may end up having her own children as well.

Why not, I will — Timothy Udoh, Stylist

If I have a very cordial relationship with my wife, why not?

We can always resolve to go for adoption if we can't get our own child. I know that sometimes, the problem may not really be from the woman. If that is the case and she refuses that we adopt, then she can leave my house because I'll always want to have children around me, whether they fall under my family lineage or not. I don't even care if the kids do not inherit anything from my family because I'll provide for them..

It's not an abomination — Doris Simon, Actress

I don't think child adoption is an abomination in any way. So many couples have been blessed by just adopting and taking good care of adopted children. So, there's nothing wrong with doing that, especially if all medical checks have failed. Whether it's the man or woman that's not fertile doesn't really matter if the people involved are in love.

In the past, women had been accused of all the woes of barrenness. Fortunately research has shown in recent times that men have more of the problem. Yet, many women are still willing to live peacefully with their spouses while they resolve to adopt children.

This is Africa. So make you shine your eyes.
There's nothing wrong with child adoption but you see, here in Africa, precisely Nigeria, things don't work out the way it does in the western world. Our people believe so much in their own blood and lineage. So, it becomes difficult sometimes for people to take such decisions because of the perception of their relatives.

Many communities wouldn't want to accept such child as their own. As if that is not enough, we've also heard stories where the biological mother of the adopted child comes back in future to claim the child. You know the scandal that can cause such couple. So, sometimes, it may not really be advisable to adopt, considering the circumstances that can arise with it.

But I tell you that you don't even have to be childless before you decide to help in bringing up these motherless children. Have you ever taken time to go visit some of these homes? Visit them and what you'll see will shock you. Most of them are wonderful and very pretty children that need parental guidance and love which they can't get because they were abandoned by their parents. So, decide today to adopt at least one child, whether you have children or not.

Devise a strategy to make sure you sponsor the upbringing of these children today and our world will be better. More talents will be discovered because I know that a lot of talents are wasting in those homes as they're not well catered for.