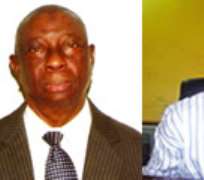 •Adeyinka & •Koshedo & •Igbokwe
With the 2011 Lagos State Local Government elections won and lost, NDUBUISI ORJI writes on the many controversies of the poll

Prior to the conduct of the October 22, 2011 local government election in Lagos State, it was taken for granted that it would be a walkover for the Action Congress of Nigeria (ACN). Though a total number of 28 political parties fielded candidates for the election, which held across the 20 local government areas and 37 local council development areas as well as the 376 wards in the state, book makers did not give any other party a chance in the poll. The reason for this is not far-fetched. The ACN has dominated the politics of the state since 1999 albeit under different nomenclature.

And just recently, during the 2011 general elections,  the party, apart from winning the governorship election, won all the 40 seats in the state House of Assembly, the 20 federal constituency seats and the three senatorial seats; leaving nothing to the Peoples Democratic Party (PDP) that controls the government at the centre.

So, not a few thought that the PDP would make any impact in the election. That notwithstanding, the decision by the PDP to participate in the just concluded council polls raised the stakes in the contest.  Even the ruling party, which dominates the political landscapes in the state, did not find that decision funny.

The party had boycotted the 2008 council polls in the state in protest over the creation of 37 local council development areas by the state government, which it still maintains are illegal. So, the ACN had a field in the 2008 contest.

In the days preceding the elections, the ACN and all its candidates were all out campaigning and canvassing for votes and cajoling the electorate not to look the way of the PDP. The top heriachy of the former threw jabs at the latter for deciding to participate in the polls.

On its part, the PDP few days before the elections repeatedly raised alarm that the Lagos State Independent Electoral Commission(LASIEC) in collusion with the ruling party in the state had perfected plans to rig the elections. But speaking at the pre-election press conference, the chairman of  LASIEC, Justice Abdul Fatai Adeyinka said his commission was determined to conduct a free and fair election.

'We at LASIEC are people of integrity and have our name and reputation to protect. We have not, and will not engage in any act that will go against our personal or corporate image. We have provided a level playing field for all participants, and we expect the participants to play by the rules', the electoral chief had stated.

But on the d-day, it become obvious that the Commission was not as prepared as it claimed. Daily Sun reliably gathered that whereas electoral officials were supposed to be at the polling units by 8 am; in several parts of the state, the LASIEC officials did not show up until about 10 am. However, though there were isolated cases of violence in some parts of the state, the election was relatively peaceful.

The long wait for the results
Whatever success LASIEC made in the conduct of the election, was obliterated in the period preceding the declaration of the results. Indications that whatever results the electoral body came up with will not be acceptable to all the stakeholders emerged early the following day when the Commission started to play hide and seek with results.

The first shocker came when journalists and accredited observers that covered election were barred from entering the headquarters of the electoral body at Yaba, Lagos.

The journalists and observers had arrived the Commission's office to get a comprehensive result of the election, but LASIEC's internal security men who manned the gate said they have a directive from the authority not to allow anybody into the commission's premises. Though section 5(1) of the LASIEC law stipulates that the results of the election shall be declared at the polling units, ward collation centres and finally at the local government council levels, the LASIEC chairman as the chief electoral officer of the state is expected to announce the entire results as declared by the various returning officers.

While the journalists and observers were kept at bay from the Commission's premises, chieftains of the ACN were allowed to enter and exit the Commission's office at will. It was later gathered that the main reason while the newshounds were kept in the dark as to the true state of things after the election was because Justice Adeyinka was allegedly holding a crucial meeting with a state leader of the ACN, a serving council chairman and two serving civil commissioners in the state.

Unconfirmed sources said the meeting was necessitated by what could best be described as shocking reports from the field. Though the results of the elections had not been formally announced , speculations were rife that the PDP won councils considered as strategic to the chagrin of the ruling party. Surprisingly, results were declared in two of those council areas said to have been won by the PDP. The councils are Agbado /Oke-Odo LCDA and Ikoyi/Obalende LCDA.

In the case of Ikoyi -Obalende LCDA, the returning, officer was said to have absconded without declaring the results only to surface at the commission's headquarter. While in Agbado/Oke -Odo, a reliable source told Daily Sun that the results could not be declared in the council area apparently for security reason. This neccissated all concerned to agree to shift the declaration of the results to the Area F command of the Nigeria Police Force. The Area commander was said to have advised them to take the declaration to the LASIEC headquarters.

Eventually after dilly dallying, the LASIEC chairman announced results for election on Monday evening, about 52 hours after the end of the election.

Adeyinka declared the ACN winner of all the 57 council areas and in 355 councillorship wards in the state. He said the PDP won a total of 18 wards across the state, while the Congress for Progressive Change (CPC) won two councillorship seats. According to the LASIEC boss, there would be a bye-election in Mushin Ward H where the election was inconclu collsive. Surprisingly, results were also declared in Ikoyi/Obalande and Agbado/Oke-Odo.

When confronted with the true situation of things in Ikoyi/Obalende and Badagry where the returning officers announced the PDP winner of chairmanship election there, a visibly rattled Adeyinka said anybody not satisfied with results of election should seek redress at the Election Petition Tribunal set up for that purpose. ' Whatever thing I say now will not make any difference, anybody not satisfied should go to the tribunal', he counselled.

The controversy
The declaration of results sparked off protest in various parts of the state by PDP supporters.

The state PDP chairman, Mr Setonji Koshedo said with the results, LASIEC has been 'used to thwart the wish of Lagosians. He contended that his party won chairmanship elections in Badagry, Ikoyi-Obalende, Eredo, Somolu, Agbado-Oke Odo and Ojo local government areas. He said his party also won more than the 18 councillorship seats declared in its favour.

The African Renaissance Party (ARP), one of the 28 parties that participated in the election said the election should be cancelled as it was marred by irregularities.

'To begin with, my chairmanship candidate for Eti-Osa LGA could not vote, and 90 percent of our supporters could not vote and even a commissioner of this state, who came to exercise his civic right, and to his embarrassment as to many others, could not vote, because LASIEC had moved most polling booths away from their traditional stations to some obscure places where the eligible voters could not locate, and there the LASIEC ad-hoc staff were busy stuffing the ballot boxes in favour of ACN.

' It was a horrible display to see LASIEC ad-hoc staff in concert with ACN members, who took advantage of the voters apathy in many of the polling booths, offering bribes to party agents at the closing of the polls as they pleaded to thumb prints the ballot papers for the ACN' state chairman of the party , Chief Udoka Udeogaranya stated.

Koshedo concurred. He said 'Lagosians would notice that ACN members cannot jubilate over their purported victory. Indeed any true success is expected to be celebrated. But even the so-called well wishers of the ACN are not celebrating. Rather, Lagosians are celebrating with PDP candidates. This confirms that Lagosians now know their genuine servants.'

But the ACN said the PDP controlled Federal Government should be held responsible for the crisis that trailed the council polls. The party in a statement signed by its national publicity secretary, Alhaji Lai Mohammed accused the Federal Government of trying to subvert democracy in Lagos through the security agencies.

'The superficial characterisation of the situation in Lagos State during the polls is a further testimony to the quagmire in which the PDP has found itself in seeking to administer a country like Nigeria. This party is incompetent in everything except in subverting democracy. Everywhere there is an electoral shenanigan, the PDP is behind it. The party talks about law and order but destabilises the component states. With nothing reasonable to say, the PDP should have kept quiet instead of exposing its folly,' ACN said.

As the winners savour their victory and the loser laments their loss, it is obvious that the dust raised by the election will take a long time to settle.