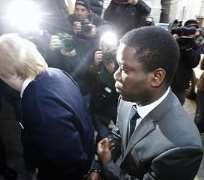 The traits banks tend to look for when hiring new traders are the very same ones likely to make them go rogue, industry insiders and psychologists say.

Super-competitive, steely calm under pressure, motivated by money and willing to take risks tick all the right boxes for financial institutions.

By hiring such people, banks may be self-selecting those who are more likely to push risk too far.

"If we say to be a trader you have got to be aggressive and prepared to take risks and we have reward systems that are all about rewarding that sort of person, then there are going to be people who will end up rogue trading," occupational psychologist and writer Kim Stephenson told Reuters.

"You are putting people in that position who are more likely than average to do it."

Banks will usually put candidates through multiple rounds of rigorous interviews, as well as several hours of numerical and psychometric tests. A London-based recruiter specializing in traders said it was impossible to screen for rogue potential.

"When someone passes a driving test with flying colors, it doesn't mean they aren't going to crash further down the line," he said.

In the latest example of a trader accused of illegal activities, London-based UBS trader Kweku Adoboli was charged with fraud and false accounting that the Swiss bank says cost it $2.3 billion.

Adoboli, whose activities came to light when the bank demanded an explanation for positions he had taken, is next due in court on November 22 and faces a maximum of 10 years in jail.

While risk-taking within defined limits is a part of everyday life for traders, moving on to rogue, or unauthorized, activity is likely to be the result of a mixture of greed, panic and pride, industry insiders say.

"The starting point is the desire for personal advancement because successes are rewarded with bonuses ... but at the point the transaction goes wrong, whatever the initial motivation was, it is quickly overtaken by the very rigorous efforts to either cover up or reverse," Karolos Seeger, partner at law firm Debevoise & Plimpton, told Reuters.

The fact that rogue traders do not usually stand to profit directly from their actions sets it apart from many other white collar crimes, such as insider dealing, aimed at making a personal profit quickly.

"With rogue trading ... there is also an issue of recognition and reputation and very often it is the fears of reputational loss which lead people to actually try to cover up vigorously rather than coming clean and owning up to what they have done," said Seeger, a member of the firm's International Corporate Investigations and Defense Group.

GAMBLING THE RENT
In such situations people tend to expect they can make good the shortfall through further trades and so, believing there would only be negative consequences to coming clean, attempt to hide the mounting losses while trying to win them back.

"They are like gamblers who lose the rent and then bet next month's rent trying to get this month's back," said Roger Philby, founder of talent management consultancy The Chemistry Group, who carry out psychometric profiling for companies.

Toshihide Iguchi, who was imprisoned in 1996 for unauthorized bond trading which cost Japan's Daiwa Bank $1.1 billion, spent more than 10 years and 30,000 trades trying to recoup an initial loss reported to have been around $200,000.

As losses spiral, the heightened stress likely clouds the traders' thinking, said John Coates, senior research fellow in neuroscience and finance at the University of Cambridge and a former trader at Goldman Sachs and Deutsche Bank.

"Stress hormones exert fundamental changes on your brain and the way you think," said Coates, who has studied the impact of hormone levels and risk-taking in traders.

"There are actually one or two studies that show under very high levels of chronic stress, over a long period of time, the stress hormones are starting to damage the brain and the prefrontal cortex, the rational part of the brain, can be taken offline and leave your brain to run on stored emotional reactions rather than thinking things through."

A GREAT TRADER IS NOT A ROGUE TRADER
A survey of investment firms conducted by compliance company Actimize in the aftermath of Societe Generale's 4.9 billion euro loss from unauthorized trades by Jerome Kerviel found half estimated rogue trading activities ranging from thousands to millions of dollars were unreported every year at their firms.

Also revealing was the survey's finding that 45 percent of respondents thought regulators, financial crime units and the media would not be notified of rogue trading if a trader was earning, rather than losing, large sums of money for their firm.

The idea that rogue culture is inherent in banks was put forward as a key part of Kerviel's defense by his lawyers, who cast him as an innocent pawn, corrupted and goaded by a bank that tolerated breaches in its risk control system as long as they made the bank money.

Kerviel did not deny he took risky bets and lied to cover them up but claimed his superiors knew what he was doing.

The problem, said Stephenson, is their managers tend to be cut from the same mold and have little incentive to stop excessive risk-taking as they too stand to gain if it pays off.

So how can banks resolve the problem? Take a good look at their ideal trader profile, for a start.

"They (banks) make assumptions on what a great trader looks like based on a norm and a status quo that has existed for tens and hundreds of years," said Chemistry's Philby.

"If you can define what a great trader looks like, I don't think it is anything like a rogue trader actually."

Hiring more women could tame unnecessary risk-taking in the hunt for returns without necessarily curbing profits, given that the idea that women on the whole are more risk averse and take a longer-term view when investing is well-documented by financial writers, and the subject of several academic studies.

Research by Brad Barber and Terrance Odean at the University of California found that men tended to be more overconfident than women when it came to investing, and traded more excessively rather than sticking with investments, reducing their total returns.

When traders make above average profits, their testosterone level rises and when it gets to a certain level it starts to impair judgment and people take too much risk, said the University of Cambridge's Coates.

But until the industry reshapes its culture, Adoboli is probably not going to be the last trader to see the inside of a courtroom charged with taking a high-risk gamble too far.

"I know a few people were breathing a sigh of relief when they found out it was UBS," said the global head of client trading at a large investment bank. "Because the truth is it could have been any of us."