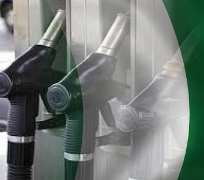 A seismic social convulsion is sweeping across the advanced capitalist nations of the world right now. It’s called the “Occupy” movement, which started with the “Occupy Wall Street” protest in New York. As I write this column, the protest continues to gather momentum and spread to not only other American cities (there was a hugely successful “Occupy Atlanta” protest here) but also to other major Western capitals and cities.

At the last count, nearly 100 countries in the world have caught the “occupy” bug. It’s a spontaneous grassroots rebellion against asphyxiating elite tyranny, greed, and other capitalist excesses.

But there is nowhere in the world that this protest is needed more urgently than in Nigeria where a clueless, thieving, conscienceless, and parasitic elite class is about to commit suicide through its wrongheaded plan to “remove fuel subsidies,” which is nothing more than an unimaginative, well-worn code for increasing fuel prices and deepening the misery of an already traumatized citizenry.

One of the slogans of the “Occupy Wall Street” protesters is, “We are the 99 percent”— in reference to the obscene income disparity in America where more than 40 percent of the wealth generated by the economy goes to the top 1 percent of the country’s population. But the income inequality in America pales miserably in comparison with the outrageously unconscionable pauperization of large swaths of the Nigerian population by a cruelly insensitive and rapacious ruling class. Nigeria’s problem isn’t merely one of income inequality; it’s more the sobering reality of the perpetually savage rape of the masses of the people by a criminally privileged elite few in order to subsidize their vain, epicurean indulgences.

Nowhere is this insensitivity more evident than in the perennial blackmail of the masses by successive governments through removal of so-called fuel subsidies. For as long as I can remember, every Nigerian government has “deregulated” and “removed fuel subsidy” to generate income for “national infrastructural development.” When the late General Sani Abacha hiked fuel prices in the mid-1990s, for instance, we were told that the last subsidy had been removed. To “cushion the effect” of this drastic action, the Petroleum Trust Fund (PTF) was established and entrusted with the responsibility of renewing Nigeria’s decaying infrastructure and health car.

After that “subsidy removal,” a lot of Nigerians were relieved not because they were anesthetized by the PTF palliative but by what they thought was their freedom from the permanent government blackmail that told them they were undeserving beneficiaries of government’s expensive benevolence through fuel subsidies. But the freedom lasted for only a short while. Olusegun Obasanjo came and rehabilitated the old blackmail strategy: he said government was collapsing under the ponderous weight of its magnanimity toward the masses through fuel subsidies. He therefore increased fuel prices more times than any president or head of state in Nigeria’s entire history.

The last time he increased fuel prices, he assured Nigerians that the last abiding subsidy had been removed once and for all. The oil industry was now truly and totally deregulated. Government would no longer intervene in determining fuel prices. In the new “deregulated” milieu, the wise, invisible but self-regulating dynamic of demand and supply would determine fuel prices. Even though Nigerians were being fooled for the umpteenth time, they, in their legendary docility, put up with the government’s lies and came to peace with the unjustified increases in fuel prices.

Now, the Goodluck Jonathan administration is deploying the same old, hackneyed, duplicitous, and mind-numbingly familiar arguments to increase fuel prices. But I think this time around the government is pushing its luck a little too far—never mind that the name of the president is “good luck.” As the English say, even a worm will turn, meaning even the meekest and most docile person will fight back if you push him so hard that he has nowhere else to escape to.

The government is about to push the masses of Nigerians to a cul-de-sac. When that happens the masses would be faced with only two options: fight back fiercely and doggedly or submit to incremental but sure death. If it is true that self-preservation is the first law of nature, I expect a sustained, single-minded, and uncompromising battle in the coming months. The time may have finally come when the fault-lines of ethnicity and religion that have historically divided Nigerians will no longer matter.

But the Nigerian people should never wait until next year when the government increases fuel prices before they strike. The “Occupy Nigeria” movement should start right away! And here is why.

While over 80 percent of Nigerians live below the breadline, our legislators at both houses of the National Assembly earn more money than any elected official in the whole world, including Barack Obama, president of the world’s most prosperous nation. Our president and his numberless coterie of useless minions pillage the national treasury daily in the name of maintaining government. Our ministers are the most expensive public officials in the world.

Now, because a numerically insignificant portion of the population that are “privileged” to work for government asked for a miserly 18,000 naira ($114) a month minimum wage, the government wants to push every Nigerian who falls outside the orbit of institutionalized stealing otherwise known as government to the brink, to the very edge of existence. The same government that is complaining of the unbearable burden of “subsidizing” fuel prizes for the masses of Nigeria has depleted our foreign reserve by $3.5 billion in 2011 alone to subsidize the unconscionably lavish opulence of its members.

In all of this, perhaps the biggest scandal is that among oil-producing countries in the world, Nigerians pay about the most for petrol. While Nigerians currently pay about $1.64 for fuel per gallon, Venezuelans pay only 18 cents per gallon (meaning a bottle of water is cheaper than a gallon of petrol in the country!), Iranians pay just 37 cents per gallon, war-ravaged Libyans 54 cents, Saudi Arabians 48 cents, Qataris 72 cents, Bahrainis 78 cents, Turkmens (citizens of Turkmenistan) 72 cents, Kuwaitis 87 cents, Omanis $1.17, Yemenis $1.32, etc. Only citizens of the United Arab Emirates pay slightly higher than us for petrol at $1.78 per gallon.

The standard of living in all of these countries is, of course, light-years higher than Nigeria’s. They have better social safety nets for their poor.

I read that that government wants to raise the fuel price to 141 naira per litter at the very minimum, which adds up $3.6 per gallon! That would mean that petrol would be cheaper in America and some European countries that don’t export oil than in Nigeria! I currently pay a little over $3 per gallon in Atlanta for quality fuel that actually burns a LOT slower than the fuel I use when I’m in Nigeria. (Nigerian importers always import the lowest possible quality of fuel to the country).

So by next year, a low-grade clerk with an 18,000 naira monthly salary in Nigeria will be paying more for fuel than an American laborer who receives the equivalent of 184,000 per month. And the low-grade clerk is a citizen of the world’s 8th largest exporter of oil. Where is the justice in that? Why the heck should we have cream on our hands and our faces are dry?

If Nigerians don’t wake up now and occupy Aso Rock, the National Assembly, the Federal Secretariat, the Central Bank, governor’s offices all over the federation, etc they will be “occupied.” And this “occupation” will be more suffocating than it has ever been. The choice before Nigerians is one between death and life. I hope Nigerians choose life!