As an actor, I have been fortunate, says Aki 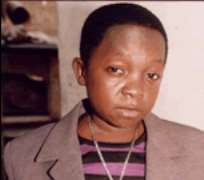 you say he is diminutive, you may be right, but what Chinedu Ikedieze lacks in height, he gains in his acting prowess. In this... interview with CHIOMA PIUS, the Mass Communication graduate of the Institute of Management Technology (IMT), Enugu, speaks on his career and personal life.

Can you let us into your background?

Chinedu Ikedieze is my name. I did my HND in Mass Communication at Institute of Management Technology (IMT) Enugu. I came out with Upper Credit (2:1). I did diploma in Film Acting in New York Academy and I am currently pursuing my PGD and masters. I am a businessman as well. I am into event packaging and group management. I work with environmental management. I don't know if you have heard of “Chochino Investment” that one takes care of environment.

Recently I took some students to the Oak International College, Ghana. It was quite awesome. I am taking some of them again to Cape Town in South Africa by November. I am from Uzu Akoli, Bende Local Government Area, Abia State. I just lost one of my brothers. I have three brothers now and four sisters. I am the second child but the first son. Almost everybody is a graduate. Four of us are graduates, two undergraduates while the last born is still in secondary school.

Are you the only one with this physique in your family?

Is it in your linage?

No. I think it is the way God wants it.

I went to Johannesburg in South Africa. Some people hired us to do a stage performance which was tagged: “Laugh Unlimited.” After the event, we were lucky to hit a deal with the AG cellular phone manufacturer, an indigenous company and the biggest in Africa owned by a Jewish South African, Anthony Goodman. We are going to have what we call AG cellular Aki and Paw Paw range. They are going to have about three to four different phones which will have our pre-loaded contact, our videos and pictures, our ring tones, our pictures for wallpaper. The videos are our own copyright because we designed and devised the concept which we gave them. It is a one-year deal.

How much are we talking about here?

By the special grace of God, we are looking at a multi-million dollars cheque.

How do you feel about the deal?

Very excited. I feel so good. I won't say that Nigerians don't know the worth of Aki and Paw Paw because a lot of people asked me why didn't telecommunication firms in Nigeria do this. I said it depends on what they have in mind, it is their perception. I don't know how they see Aki and Paw Paw. Maybe if we had planned that, this wouldn't have come up. Every month we will be paid a percentage of number of phones sold. Before now, people have started yawning for this, they wanted to see us. The awareness was already there, people have started using our images and voices for ring tones.

How did the South Africans accept you guys?

Oh my God! It was awesome, huge. Before we travelled to South Africa, we had already started feeling the heat. They were calling us from time to time before we got there. It was great, it was something else. We didn't know that our personality has gone beyond the ordinary, everybody - old, young, grandmothers, grandfathers, mothers and little kids - wanted to see, touch and even hear us.

Who facilitated your trip?

It was our popularity in South Africa, because as it stands now we are the biggest Nollywood stars over there.

Was the deal for you and your friend, Osita Iheme?

Talking of your friend, how did you meet him?

We met in 2002. But before then, we were both longing to see each other because people mistook me for him and the same applies to him. But I was in the movie industry before him so, he wanted to know me. Sometimes people see him and think I was the one, so we both became anxious to see each other and finally we met.

What happened when you met?

It was a normal meeting and after that, we did “Aki na Ukwa.” That was the first film we did together.

How is your relationship with him, in and outside the industry?

You feature in movies together most times, have you ever done any movie separately?

What are challenges you encounter when acting together?

Everything we do is challenging. For instance, taking up the role of a criminal. Sometimes, we play the role of a 10 or 11-year-old boy which seems to be a little bit hard. Every bit of acting has been challenging. But in acting with him, I think the advantage is far above the disadvantage because the chemistry works; we understand each other. If I forget my lines he chips in immediately without the director knowing, the same thing goes to him too.

Why do they give you kids' roles?

Maybe it is because of my God gifted physique, I mean my unique size. Maybe because it was the first thing I and Osita did together and people liked it.

As an actor, I interprete any role. That makes me an actor.

How do you guys handle fame?

We just try to be nice. We like to look over fame issues. Even when you are supposed to be your real self, your environment and people around you will be digging into your personality. We are young, and I try to be nice to the people I meet on my way up because I know that I will still meet them on my way do

I have so many memorable days; maybe my brother's death, which was May 31. It is a day I will never forget.

How closed were you to him?

What about your embarrassing day?

How do you manage your female admirers?

What is your favourite meal?

I like the local delicacy, “Ukazi soup” with pounded yam and dried fish or snail. I don't like beef but I like fresh fish, periwinkle, plantain, fried egg and yam.

It has been good and wonderful. The industry has grown despite the fact that the Federal Government has never by any means contributed to the industry. It has been individual and self effort, so I give kudos to operators in the industry. Though we have some loopholes, by the grace of God, we will put things in order.

What are the loopholes?

I think it started with too many organisations, sections and factions in the industry. We have two major groups that guide the industry, but now, we have too many censor groups in the industry. We have so many factions, people coming together and calling it one thing. This thing will not help us. The earlier we get united, the better for us. Instead of saying this is Yoruba movie or Igbo movie or Nollywood movie. Any movie done in Nigeria is Nollywood. Whether we like it or not, it is high time we accepted that fact.

In monetary terms, how fortunate have you been since you joined the movie industry?

Initially I thought it was just a career but now it is more or less a profession than a career. I thank God; I am fortunate. The industry really helped me; it made me more famous, who knows what would have happened before now.

So what happened to those dreams?

The fact is that I am more busy and I get more busier now. But someday I will still do something about that. I am a peace ambassador, I have started doing it here, I document my shows and they are on sales.

Do people make fun of you guys?

People don't make fun of us because, you know, we are just unique in our own way. We dress well, we are good looking and we go the extra mile to take care of ourselves. So anywhere we go, people just want to be our friends.

How do you get along with your colleagues?

You were once married. What happened?

I was not once married.

Okay, you are married?

So, what are you waiting for?

When it is time, you will know and the whole world will know too.

Who is your dream woman?

Are you a fashion freak?

Well, I like looking good, it depends on my mood and where I am going to. I just like being unique and a little bit classical.

How are you giving back to the society?

I have a foundation called “Aki and Paw Paw Foundation.” We are helping the less privileged young Nigerian children. Sometimes we travel and make donations to people living with HIV/AIDS, infected children with HIV and also to the orphanages. We visited like three orphanages in Lagos recently.

I have been in the industry for more than 10 years. My first movie was 'Evil Men' and the movie that brought me into limelight was Aki na Ukwa. I was popular before that, but it was the bomb.

Which movie gave you the highest pay and how much were you paid?

Not one. I won't tell you the name of the movies nor tell you how much I was paid.

What is your advice to the young ones who want to join the industry?

They should make up their mind. They need to sit down and have a re-think of what they actually want to do, not because some people are doing it. They should have that flair for acting before jumping into it. Go for auditions, you have to be the best of what you are.