Diabetes from head to toe (1) 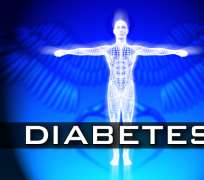 The manifestations of diabetes whether complicated or not are protean, ranging from the easily treatable to one that is manifestly life threatening. The onus is thus on the individual at risk of diabetes and those already with diabetes to take charge of their blood sugar level and thus prevent or delay the complications of diabetes. They also need to be active participants in their own care and should thus demand from their healthcare providers a head to toe check up at least once a year which ordinarily they may not have carried out on them.

One of the most feared complications of diabetes is eye complications that can lead to blindness. What is alarming in regards to the eye is that though there is progressive eye damage from the high blood sugar levels, the individual may have no symptom and when symptoms do develop, it may then be too late for such eyes. The wise and proper thing that individuals with diabetes should thus do is to go for an annual comprehensive eye examination called a dilated fundoscopy with eye doctors called Ophthalmologists. This test allows the back of the eye called the retina to be seen to detect whether it has been damaged by the diabetic state which would warrant aggressive treatment. Individuals with diabetes should also have the pressure in their eye balls measured to detect glaucoma which is a common cause of painless visual loss in people with diabetes.

Diabetes contributes significantly to cases of deafness worldwide as deafness is commoner in those with diabetes than in those without diabetes. This is due to the widespread damage caused to nerves including those that help us to perceive sound, by diabetes. Once people with diabetes experience problems like ringing, discharge, pain or reduced hearing ability in their ears, they should quickly see their physicians who will most likely ask an Ear, Nose and Throat specialist to see them, who will in turn request that certain hearing tests be carried out. It is recommended that people with diabetes have the hearing test called pure tone audiometry as part of their yearly routine tests.

The diabetic state, especially one that is poorly controlled also has a great effect on the brain. People with diabetes have a twice higher risk of having a stroke than people without diabetes. They also tend to develop the stroke at a younger age than people without diabetes. High blood sugar level is known to accelerate the process called atherosclerosis in which the arteries become damaged and stiff which then leads to reduced blood flow in the arteries. Memory loss is also commoner in individuals with diabetes and also tends to occur at an earlier age. Individuals with diabetes should thus ask their healthcare providers about drugs like statins and antiplatelets which can help to reduce the risk of having a stroke and damage to other parts of the brain.

Much attention is being paid to the dental condition called periodontitis in individuals with diabetes worldwide. This is a situation in which the structures surrounding and supporting the teeth called periodontium are inflamed mostly due to bacterial infection. This can lead to the teeth appearing longer and to start shaking with eventual falling off. Development of this condition can be the first symptom of diabetes, or when it develops in individuals with diabetes, it is known to contribute significantly to poor blood sugar control.