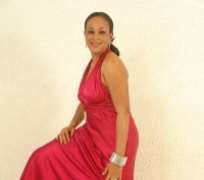 Ayo Onikoyi
They are beautiful, vivacious, multi-talented and are on top of their trades. They are the new breed of Yoruba actresses who have changed the looks of Yoruba films with their ultra-cosmopolitan style both in packaging and delivery. Most of them shot into limelight barely two years ago while others got into reckoning as far back as five years ago.

Since their foray into the industry, they have been able to stretch as wide and good the traditional laid-back outlook of Yoruba films as far as it has gotten in recent times. Because these girls are chic, sophisticated and educated, they have made Yoruba films a delight to watch not only for the core-traditional Yoruba audience but also for the polished, hip-hop young generation who would not be caught dead watching Yoruba films in the past.

The last African Movie Academy Award, AMAA, proved that much when Funke Akindele, one of the new kids on the block, got away emerging as the 'Best Actress in Africa' for her sensation leading role in the uptown movie “Jenifa”. Just yesterday Doris Simon, one of the rave-making chicks in town, got Nollywood by the horns when she premiered her new movie 'Omo Iya Kan' at the Silverbird Cinema, Lagos. Iyabo Ojo, Mide Funmi-Martins, Mercy Aigbe, Funmi Lawal, Flaky, Laide Bakare, Lizzy Anjorin, Toyin Aimaku, Bimbo Akinsanya, Mosun Filani, Bimbo Okeowo, Ireti Osayemi, Regina Olakunle, Yemi Okin, Ola Margaret, Tope Bali, Ade Joseph, Dupe Ashaye and a few others are the new rising stars expanding the firmament of Yoruba films, winning more converts along the way.

Though the likes of Bukky Wright, Tayo Odueke aka Sikiratu Sindodo, Moji Olaiya, Ronke Ojo, Opeyemi Aiyeola, Lola Alao, Fathia Balogun, Funke Daramola, Bimbo Akintola, Bimbo Oshin, Aishat Abimbola and others who glamourised the Yoruba movie world in the 1990s to early millennium no doubt put together the 'glitzy cake' on which these new 'glamour girls' have added not just the icing but lacquering cream of style, attitude and provocativeness that have continue to titillate the most reserved of sensibilities.

Iyabo Ojo got the eyes of movie-watchers not only for talent in films like 'Jenifa', 'Rusida', Wemmy' and Abimbola' but also for her sharp attractiveness and hip-hop kind of style. Funmi Lawal is a kind of robust beau who gave us enough dose of 'leg and hip' tease in the movies like 'Wemmy and 'Omodara'. Lizzy Anjorin, the fair-complexioned plum with forget-me-not eyes got her break with Iyawo Ojo Kan' and have since got a drove of fans rooting for more of her films. Toyin Aimaku is alluring and has got a lot on her chest to want you to want to see her films even if they are as dry as the fig leaf during harmattan. Get a eyeful of her 'Oniyangi maba temije and Omo Chief' to get goggle-eyed with her talents and treasures.

Now, Mercy Aigbe is a genuine article, just what the doctor ordered when it comes to suaveness and sophistication wrapped up in beauty and brawn. Her love scenes with Yomi Fash Lanso in 'Mosa d'oluwa and Abimbola' could get anyone tripping, wanting to opt for love rather for some cool pile of Azikwes. If her free-flowing acting doesn't get you her cuddly-kind of enchanting love aura will definitely do things to you. Then comes Mosunmola Filani who got into the big league with ' Amin Ayo' brandishing drop-dead beauty and those eyes? Don't even get me started on those eyes because just describing them could get many a happy fellow go a-sorrowing, wondering what lies beneath them. For Bimbo Akinsanya too, there is more than just a pair of goggle eyes. Those eyes are warm, comforting and maybe not too healthy to have staring at one often and much, you know, some funny stuff could go to play. If you have seen 'Irin Ajo Mi or Ejiworo' you will know eyes are far more than for seeing.

Flaky got her ovation in 'Ididowo' and 'Jenifa' and got away, disarming the male folks with her quantum of feminine sensuality which radiates powerful volts of attraction. She's on the plumb side yet with mesmerising steps that leaves a wave of treasure bouncing provocatively behind her. Bimbo Okeowo, has this reserved beauty and a home-grown kind of attractiveness that could get you head-long in the saddle before you even let off a hint.

Maybe Ireti Osayemi is slipping these days with her figure but she's so blessed with natural beauty and vivaciousness that will lead her along any day any time in the pack. Get a copy of 'Iboju' and behold the new gem of splashing beauty called Laide Bakare. She's curvy, high on the chest and wide at the back, and yet a delight to watch as her talent is unique and multi-faceted. The other bunch like Regina Lakunle, Yemi Okin, Ola Margaret, Tope Bali and Dupe Ashaye have the sharp double-edge of beauty and brawn in great abundance. They have added glamour to the rich storylines Yoruba films are traditionally known for.