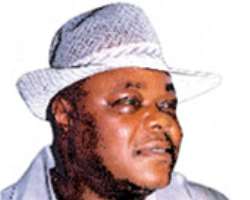 THE long standing issue of who is given right of access to the offices of the Performing Musicians Employers Association of Nigeria (PMAN) was finally resolved last week, when the Nigerian police escorted Admiral Dele Abiodun to the premises and gave him the keys to the offices.

It would be recalled that despite a recent declaration by a law court that incumbent president, Tee Mac was occupying the office illegally, declaring Dele Abiodun as the authentic president of PMAN, it was impossible for him to gain entrance into the premises of the musicians headquarters to assume official duties.
The Tee Mac executive who had left the place locked up had kicked against the court judgment upstaging it, at the same time spoiling for a fight with the incoming executive.

When Citytracker called at PMAN headquarters, an elated Dele Abiodun thanked God for the outcome of the case.

He promised that his administration would ensure the restoration of PMAN's lost glory, in a very short time.
First time callers to congratulate the new president are Emma Ogosi, a member of the Dele Abiodun caucus, Eddy Remedy and others.