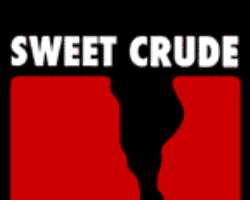 Mary Ella Keblusek, who served as an associate producer on the project, says that on April 12 of last year, members of the crew who were filming "Sweet Crude" were detained by the Nigerian military Joint Task Force (JTF) while traveling by boat in the Niger Delta. Director Sandy Cioffi and several photojournalists and a consultant were taken into custody and subsequently handed over to Nigerian State Security Services.

They were detained for seven days without being charged and without access to legal counsel. U.S. lawmakers and many individuals and groups from around the world worked with the U.S. State Department and the Nigerian government to win their release. The film is currently touring at various film festivals across the United States.