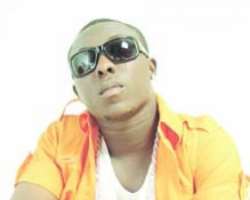 The success of the song can be measured in the three nominations he earned at the recently concluded Hip Hop World Awards. Aside from the nominations, the song has also led to questions on the source of YQ's wealth.

The story of Yakub Jubril known to many as YQ is one that challenges the minds of youths all over the globe but the young act has surprisingly bared his fangs at those who needlessly castigate success especially when achieved by young and enterprising individuals.
Coming on the heels of the success that trailed his hit number, 'Efimile,' YQ came under the scorching tongue of some Nigerians who were quick to question the morality of his new found fame and apparent steps towards financial prosperity.

Speaking with http://www.nollywoodgists.com at his Ipaja residence, YQ bluntly summed up his reaction to the arrows of castigation aimed at him in seven words, “Never judge a book by the cover…”

Rather than bow to the overwhelming strength of negative criticism, he admonished his critics to desist from jumping into myopic conclusions. He added that this was the defining theme behind his hit single, 'Efimile' featuring Da Grin. “The idea behind the song was for people to leave us alone and cease passing judgment on our characters. We've been burning the candles just to make ends meet and no one gave a hoot about us but when we begin to reap where we have sowed, haters begin to speak ill about us. That's not fair enough and that's what we kicked against in the song. You shouldn't judge people without making a visible attempt to know them. You shouldn't see somebody and just write the person off. Leave him alone. Why should anyone be so harsh as to brand us Yahoo boys, drug boys and other uncomplimentary names? My money is clean because I worked hard for it. I was trying to pass a message across that it's not every young boy that is a 'Yahoo boy' so leave me alone. We never knew it would cut across as much as it did. Today, even the market woman on the street can easily sing, '…won fe mo bi mo se n pawo- won fe gbarawo mi lowo mi…” That was how the song came about.”
It was quite a challenge growing up in the midst of five brothers and one sister but YQ was bent on defining his own ambitious path. This was however, met by strong disapproval from members of his family yet YQ stood his ground and a domestic civil war was declared.
“At that time, I was living with one of my uncles and when I told him I wanted to go into music, he flared up and refused to see anything good in a musical career. There was a lot of pressure from my family against my dreams of becoming an artiste. I had a lot of problems with my uncle because of this and eventually left the house. I was living with him before but we always had problems. He would say I could not do this or do that. He made it very clear that he was against my passion for music so I left.”
A musical career begins

I met a lady called Lizzy Henz and she really inspired me. She's a Nigerian and she really helped me. I used to be the boy next door whom people loved asking to run errands for them. I got her through my drive to become an artiste. I lived with Henz for sometime and it was during this period that my passion grew from strength to strength. She used to organise events and through her I got to meet Felix Duke, Daddy Showkey, Prince Wadada, Father U-Turn and a whole lot of them. She was the one that really helped me get on my feet musically. She's in the U.K now. When she traveled, I joined a group, Galaxy. We later changed the name of the group to Q Crest. In 2002, we performed at a show tagged 'Play Safe Rave' organized by Society for Family Heath. We were upcoming artistes then and I recall that the likes of Basketmouth were just picking up then. I was very small then. The Platashun Boyz were still together at the time. The Black Reverendz were also swinging the Ayangba hit. In 2002, we got of our singles, 'Okpeke' on air. In 2005, we did a song called 'Fire Dance.' Things didn't really go as we planned it so we broke up around 2007.
Now they smile

Members of my family who verbally declared war against me when I wanted to pursue my musical career now smile when they see how far I have come and how much I have accomplished in such a short time. They can now see what is happening in the entertainment industry. They have seen where music has taken the likes of D'banj, 2 Face and 9ice. Today, they are proud to be associated with me. Now, they all encourage me. My mum sends me text messages, prays for me and encourages me to work harder.
Collaborations

MI featured me on a track in his album. The song is titled 'Area.' I did a collabo with Dampte who came in from the United States on 'Wine your Tinkolo.' I've worked with Kel on a song in her album. I've also done something with Ill Bliss.
Album

My album is almost ready but I don't want to rush it. I've not made up my mind on the title. On the album, I have the remix of Efimile. I did the remix with Banky W, MI, Naeto C, KEL, Eldee and Ice Prince and its very hot. Just watch out for it.
Dream collaboration

In Nigeria, it's 2 Face I but the kind of song I would like to do with him is a collabo that will win MTV Base Award, MOBO Awards and other international awards. Internationally, if in could do something with Akon and R. Kelly, I'd feel fulfilled.
Love life

I'm single but I have a girlfriend so I'm not searching. I'm not ready for marriage at the moment. I want to achieve certain things before I take that step. I want to give myself some time.
Female fans

I'm a very free person but I'm not a cheerful giver. You know what I mean. They are all my friends because without them, I wouldn't be where I am today so when they come to me, I appreciate them because if you're nobody, no one would come to you. I do all I can to represent my hood.