Washing of undergarments: Tales and controversy 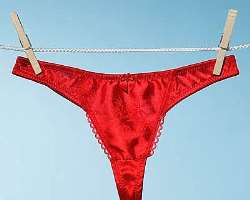 In many homes even among those often described as modern day couples, one of the causes of controversy is not so much the issue of who should wash the dirty clothes especially, where both partners are busy and contributing equal time to the upkeep of the house.

The issue is often associated with the cleaning of inner wears. Precisely, the problem emanates when for various reasons, there is a reversal of role and the man who is used to having his underwears washed by his wife is suddenly confronted with the necessity of doing same for his wife.

Is it possible for the man to come down from his Olympian height, away from cultural prejudices and do the cleaning? Would society see anything wrong or right with husband or partner who lends a helping hand in all things including washing the outer and inner wears of his spouse?

For some men, it is preposterous and unacceptable for any husband to go as far as that, no matter the circumstance, hinging their reasons on cultural biases and egoistic considerations. While some women do not wish their husband's expression of love or understanding to extend to the washing of their undergarments, there are others who do not see anything wrong and want all barriers removed.

A friend recalled how her husband's attitude at finding her undergarment among his dirty clothes packed for washing upset her. According to her, the man screamed and queried how her underwear got mingled with his clothes. He said so many unpleasant things that she got angry and began to wonder what was really wrong with it.

She could not imagine that the same man who would buy her sanitary towels would make such fuss about finding their dirty undies together. She thought about all the intimate things they had done together in the relationship and thought there was something in their culture that she was missing.

http://nollywoodgists.com went to town to get views on what is really wrong in a man washing his wife or partner's undergarments.

Angela Ibekwe, a business developer in the above narration says “it beats me”. According to her, until that occasion, she never thought there were restrictions in their relationship as they were always explicit and adventurous in helping each other. Quoting the scripture, she said … and they shall be one flesh. And they were both naked, the man and his wife and were not ashamed”. Genesis 2:24-25. Following this scripture, she added “I fail to see why a man should not wash his woman's panties”.

Jessy answered by asking, “which is worse, to go down on his wife or to wash her panties?” She added, “why should a man find it strange to wash a his wifes underwear when he can do worse things even with his mouth. Man can wash up his woman with his tongue and yet cannot wash her panties with his hands. Tell me now that this is not stupid”.

However, Miss Abaku, an undergraduate says, though she is not married yet, her fiancée has no qualms washing for her and it makes her love and respect him more each time he did it.

According to her, one thing couples must understand is that when there are no boundaries between them, it brings them closer to each other and communication, which is very important in any relationship is free flowing because they can easily talk to each other about their likes and dislikes.

For Isaiah Beke, a trader, it is a taboo. Hear him, “I am a man, why should I wash my woman's panties. Abi I be woman wrapper”. He said if his friends found out they would laugh at him. He further said his siblings will kill that woman, saying “she has given me juju”. So for her safety, “I would not do it”, he added.

Uche Abia, a civil servant, says it is a taboo in his culture for a man to touch a woman's undergarments when they are not engaged in sexual relations.

“Personally, I do not see what is wrong with washing your babe's panties. What if it was just the two of you and she took ill, will you allow the dirty panties pile up?” he asked, saying that those discriminations should be resolved. “I do it, but in the safe of haven of our bathroom, with the door locked”, he added.

In his response Okachi, a school teacher, said, “it is hard. Who then is the man at home? From childhood I was made to believe that men do not wash women's panties, so why should it be different now”? He explained that he was told that it cheapens the man before the woman and make him lose his place as head of the home.

“I wash for my wife, and it does not take anything away from me. It does not make me any less a man”, says Jacob Bara. “I don't see what is wrong with that. Before God, all men are equal. If it is good for the goose should it be terrible for the gander?” he asked.

For whatever it is worth, experts say it is a healthy practice for the couple to share in mutual support. “Doing intimate things for each other cements the relationship”, say relationship experts.