Wives who can’t live down their husbands’ embarrassing alliances 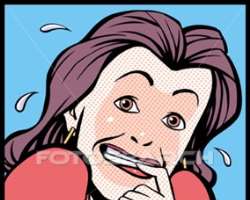 IT was a most harrowing day with the traffic and Rebecca thought she couldn't handle more stress as she made her way to one of the high-rise complexes she lived in with her family. It was night already but thank goodness there was electricity. As she moved wearily towards the lift, she saw the typical 'out of order' sign and she nearly wept with frustration.

She lived on the ninth floor! She took her time climbing the stairs until she got to the fourth floor. She met a group of housewives discussing in the corridor and all of a sudden, their eyes were on Rebecca. Some looked hostile but the majority had nothing but pity for her.

Then it all came back to her: a few days ago, on a night almost as bad as this one, she'd just made her way to the flat when there was an angry ring at the door. She yanked her door open, ready to tell whoever the nuisance was off when she saw a neighbour with whom she was fairly friendly.

“Mama junior”, she greeted but the woman snorted in reply and pushed pass her to the living-room where her husband was, reading the evening papers. Her back was up.

“I've come to report this animal to you”, she shouted, her eyes flashed hatred and anger as she pointed to Rebecca's husband. “Wura (her sixteen year-old daughter) was sent to your floor and your husband lured her into your fiat. He told her a lot of rubbish about being alone and helpless and asked her to help him clean around the house.

Since we were all family friends, Wura agreed to do the dishes. She was at the sink when your husband crept behind her, cupping her breasts in his hands. My daughter said she protested and your husband struggled to rape her until she started screaming.

“When he eventually let her go, her clothes were rumpled. I was so enraged when she came crying to me that I dragged her down here, thinking your husband would try to deny it. He did try but Wura contradicted him and he shouted her down. He said, in my presence, that he knew all her friends were screwing around, so why was she pretending she'd never had sex before? I couldn't believe what I was hearing.

Can you imagine this pervert telling that to a child that I virtually gave birth to in his presence? How low can you sink? The other mothers have complained about him too. This contracting jobs he says he's doing, when does he have time for them? If this happens to Wura again, I'm not going to be as civilized as I was today, so please ask your husband to keep a tighter rein on his pants or there will be fire o”.

Unfortunately, this would not be the first time Rebecca's husband had humiliated her and she wondered why she still stuck to the marriage. Her co-tenants' tittering and sniggering finally put the nail on the coffin of her dead marriage.

She would leave her husband. No, better still, she would put out his personal effects in the corridor - afterall the flat was allocated to her. And that's exactly what she did - though with much protest and bitterness from her spineless husband.

Some years ago, Francis, a reputable lawyer nearly wept for joy as he watched his elder daughter being called to the bar. He'd already arranged for his bosom friend, also a lawyer with international connections, to take Rosy his daughter with him on his next trip.

“Rosy was born in England” explained her father, “and she insisted on doing her masters there. Martin, my friend, was to settle her into a good school with a view of finding a reputable law firm for her to work with afterwards. Rosy wanted to work for a year or so to enable her set up a fairly comfortable flat before she went back to school.

When she phoned that she was coming on holidays some six months later, I was angry. Who did she think she was, jetting up and down the place? But she assured me she had a very important decision to make and I was to be part of it.

“As soon as the squeals of welcome died down, my wife blurted out: “You are pregnant”? Rosy said “yes” and before we started asking any questions, Martin came in. The long and short of the story is that Martin said, almost proudly, that he was responsible for the pregnancy. I wanted to hit him.

I reminded him that all I asked him to do was put my daughter in school, not in the family way.
“In the end, it was resolved that Rosy should have the child abroad. Martin's wife, who was also a good family friend was bitter and bewildered.

How could her husband humiliate her that way?. If he wanted a third wife (he already had a second) couldn't he look further afield than his back yard? All the children were thoroughly confused.

“Anyway, Rosy had her child, my first grandchild and stayed on in England. She wrote later that she had a good job and that as soon as her son was old enough, she would take her to a nanny, so she could continue with her programme.

“You can, therefore, imagine my bewilderment when she showed up with her son who was now a year old, already pregnant again. She came with Martin and a determined glint in her eyes - they were getting married and it was obvious the least we could do was give our blessings.

My wife looked really resigned and Martin immediately beckoned that his friends, who were my friends too, and who were waiting in a car should be let in. But did I need that much persuasion to give my blessing to this awkward alliance with the second child on the way?

“On the day the supposedly quiet traditional wedding was to take place at my residence, Martin came in with a couple of huge vans. Within minutes, tables, canopies and food items were set up. A combo band was in attendance and he announced with glee that he'd bought his new family house in Ikoyi and a posh car to boot. That rogue certainly knows how to make offers you cannot refuse - albeit grudgingly ...