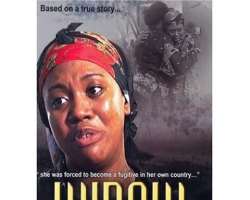 In our society widows have been subjected to various forms of inhuman treatment least expected from their husbands' family members. Sometimes I really do wish that dead men would wake up and watch the tussle for their property immediately they are pronounced dead.

Maybe tussle is a wrong word, should I say “looting” by the man's relations. Recently, a man I knew died in this state and he was survived by two wives and eight children. The eldest of his children is less than twenty years old. The liquid cash the guy ever had was spent on his funeral.

You need to see how the relations and people around feasted for days. They killed a cow and slaughtered some goats. Apparently no one was thinking in terms of the fact that the offsprings are still very young and something should be set aside for their education and up keep.

That is not the issue, the man's relation descended on his cars and auctioned it. One of the man's sisters offered the late brother's uncompleted storey building for a paltry sum of money. The question that comes to mind is why the hurry to sell all the man's assets by these hawks that are suppose to be relations?

Another woman was a level three student of Education in a State University when her husband died, she had three children for the man, she was smitten by her husband's sudden death in a motor accident and so she was mourning deeply.

After the man had been buried and she was performing the mourning rites, everybody started fighting over the sharing of the property.

The woman just thought to herself why waste her time and miss her examination coming in a few weeks time. She would need to graduate quickly and find a job if she and the children are to survive or maintain former standards. You might be tempted to say oh! She should have managed to finish the rites but, emotions play no party in reality.

The third example is that of a driver who also died in a motor accident along East West Road in Port Harcourt, when some men in his town union went to inform his family about the death and to make arrangements to convey the corpse home, they got an instruction to make sure they come with the key and car when bringing the corpse. One of the man's friends had to scold them for not even helping to make proper arrangements.

I often wonder why women are having the rough side in their marriage. How many of the dead men would have wanted their properties divided the way they were with their young children left in the cold. What a raw deal? The looting is usually done when the women are vulnerable.

Imagine losing a man you have been sleeping with every night for the past ten, fifteen, twenty years or more as the case may be.

You would feel most shattered and think your world has come to a standstill.

You would want to mourn him the best way demanded by custom.

To pay him the last respect for time spent together would be uppermost in your mind not struggling for property.

For those who are lucky to have grown up children they will escape this fate. The excuse usually given by the men is that the women are young and would remarry. So they would not allow them take their son's property to another man. But who takes care of the children, of course it is the woman (mother).

Father's relations have their own families to cater for and would not want additional responsibilities by way of brother's children. This is a choice the mother of the children cannot make.

According to a motor mechanic,' one should not blame the man's families they probably have their reasons.

There are cases of women who poison their husband's either to gain wealth or because of another woman outside.

Mrs Nkem a housewife says anyone who dares to struggle for her husband's property, she would go to any length to make sure she gets what rightly belongs to her and her children.

And if they decide to use force, I will show the mischief in me she added.

Another women contributing said she could not contemplate such a thing happening. Why would they, does it mean that the man did not work for me during his life time or me for him? If the man writes a will and left N100 for me then I will respect the will, if not anything he owns is for me and his children as long as we were legally married. Well if dead men cannot see what is happening, at least those alive should learn from what is happening. Your greatest insurance in case of death is your wife. Develop her and set her up properly. Those relations you spend your money educating are likely to desert your family after your death.

Secondly, make sure you take a life policy insurance for your family, thirdly do not be lazy write a will, death does not send any notice.

For my fellow women, if you find yourself faced with the death of your partner, make sure you mourn with your eyes open. Do not let anyone come to take away the things that you laboured with your husband, while you start again as a beginner.

While he is alive, try to distinguish between properties that are his and those that belong to you.

If he is buying you any valuable thing, let him do it in your name. always try to make provision as much as humanly possible for the future.

Certainly stop those inlaws who try to remind you of how bad you were after the death of your husband as if they are angels.