Marriage For The Records? 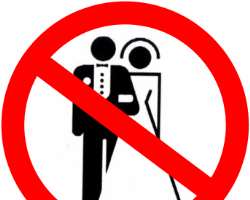 I am amused each time I find a wedding photograph with the caption' so and so weds' so and so or 'I and I tie the nuptial cord' etc. I feel amused because in spite of frequent cases of divorce and separation, many still rush into weddings. Perhaps, the rush has to do with the mysteries that surround the unknown.

There are instances where married couples had had extra marital affairs. These couples, It might surprise you, have been married for not more than five years.

They have become so embittered against each other within such a short time.

These were girls who made it appear as if marriage was heaven. Husband and wife have to work it out, but no sooner, the nuptial cord is tied than the odd of bliss emerges.

I spoke to quite a number of people regarding failed marriages, why they went into it and why they believed it would work.

It is surprising to hear that some people marry just for the records. I discovered this during my investigations. These are the set who believe it had never worked. They married and never made any effort to make it work. Others married because people were beginning to get worried about them. There might have been talks in town which might have made life unbearable for them and they just picked a girl and married her.

A friend who preferred to remain anonymous said, “society has placed much importance on marriage and you cannot avoid it. So it is for the record. Lolo said she might get married and if it works, all for the best, if it does not work, fine, she quipped.”

A lady I interviewed said she married two years ago “because it was the right thing to do” but now she regrets ever going into it. I thought it would be wonderful just as it was while courting but I have discovered that once you are in, your man jumps out.

If people could regard marriage the way it was regarded in the past and treat it as such, then I think we can save the situation.

With both men and women having equal financial power and the claim of equality between the sexes, we still have a long way to go. But when we think of the way things are going, many divorces, broken homes and separation, we might begin to wonder what there really is in marriage.

With a little more patience and tolerance, things might begin to change for the better.