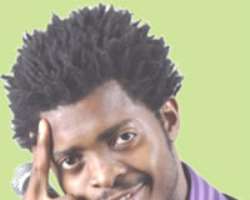 MTN, one of the leading telecom giants in Nigeria has once again thrown its weight behind Nite of a Thousand Laughs, one of the most popular and consistent comedy shows from this side of the divide.

Gathered authoritatively that the company, which has hugely supported the Opa Williams-organized show over the years, has once again declared its full support for series of other shows lined up this year, in various States of the federation.

Meanwhile, the people of Asaba and Delta State in general, would be having a feel of the show on April 8, 2009, at Orchid Hotel, in the heart of the city.

Among the tested and trusted comedians and musicians billed to raise the roof at the coming evening of unending laughter, music, relaxation and networking are: Igodye, Gordons, Gandoki and Maleke. Others coming on board Include: Wande Coal, Buchi, Xplicit and several other up and coming entertainers and performers. Commenting further on the many surprise packages lined up for the event, Mr. Williams who is also the CEO of Virgin Organizations revealed that the organizing team has not rested for a second, while trying to discover other forms of comedy that would help make the D-day unique and fun filled.

He also thanked MTN immensely, for supporting and standing by him in the last nine years. “It's a synergy that has paid off real good, said Williams, whose show will clock 15, next year.