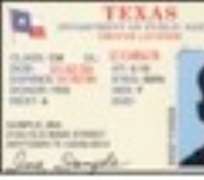 A federal grand jury indicted Ibraheem Adegoke Buraimoh, a citizen of Nigeria, and Ibraheem Adeneye, a naturalized U.S. citizen and Houston resident, Tuesday for conspiring to commit marriage fraud, according to a U.S. Attorney's Office release..

The prosecution of these two men began with the filing of a criminal complaint that alleged that agents of the Immigration and Customs Enforcement began an investigation earlier this year into the possibility that an alien was attempting to arrange a fraudulent marriage with an American citizen in order to obtain a favorable change of immigration status from Citizenship and Immigration Services.

Adeneye, a naturalized U.S. citizen originally from Nigeria, allegedly acted as a broker to arrange a fraudulent marriage between Buraimoh and an undercover ICE agent posing as a U.S. citizen willing to enter into the fraudulent marriage with Buraimoh. In January, meetings were held with and phone calls were made by the agent with Adeneye and Buraimoh, during which the arrangement of the fraudulent marriage allegedly was discussed, including a total of $3,500 to be paid in installments to the agent (“wife”) for her role in the conspiracy and to Adeneye for arranging the marriage. In addition, the process for obtaining a change in immigration status as a result of the “marriage” allegedly was discussed.

On Feb. 2, according to the complaint, after ICE took steps to notify the Harris County Clerk's Office of the impending fraudulent marriage, the agent and Buraimoh were married in a state court in downtown Houston by a judge. Thereafter, Buraimoh allegedly made a partial payment to the agent for going through with the marriage. Both men were arrested Feb. 17.

If convicted of conspiring to commit marriage fraud, Adeneye and Buraimoh face a maximum of five years imprisonment and a $250,000 fine. Buraimoh has been ordered held in federal custody without bond pending trial. Adeneye has been ordered released on bond.