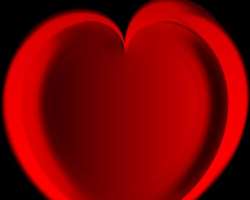 I am suspicious of all married people. And this is why:

Have you observed how, in this part of the world they seem to think that there is no greater joy to living than in 'converting' the unconverted away from despondent singleness into wondrous romantic unionism?

It makes me think of Nigerian banks and their 'marketing' staff - suited types parading the length and breadth of town in air-conditioned cars looking for 'deposits' for their employers' vaults.

You see, these men and women are given 'targets' by their bosses, and these targets must be met in order to ensure business continuity and career advancement.

Keeping this in mind, it's hard to shake off the feeling that some Committee somewhere has been handing out 'targets' to 'stakeholders' of the Married Persons Club in a Singles' Mobilization drive aimed at filling the vaults of marital bliss with willing, unwilling, half-willing and I-don't-know-whether-I-am-willing-or-not persons.

Newly married persons are the most fervent evangelists of the married lot. Within weeks of marriage fold begins to evict fold atop a once-gaunt neck, as kilo-challenged male frame start to fill up, and waist size readings start to rev into the Red zone.

Like a robot Mr. Newly Married begins to shut down his laptop on the dot of 5pm, and as he leaves the office, doesn't forget to wink at you in a manner specially designed to make you think of humongous helpings of home cooking served at a proper dining table and eaten with a fork, a knife and a massage.

As for Mrs. Newly Wed, she's a bundle of smiles and a generous flaunter of her married fingers. A punctuator of every conversation with "my husband this, my husband that", as though she were trying out a brand new language.

The veteran married are less fervent, but appear as though condemned to an existence that required them to expend considerable energy maintaining a state of face and mind sufficient to convince you bloody singleton that marriage is sine qua non.

The most disturbing trend of all however is this: the increasing tendency of unmarried persons to join - albeit unconsciously - the "you must marry and be like us" brigade. And it's weird, because these people have not ever been there, done that.

And just how do they carry out this act?

It's a 'social duress' strategy called "The Wedding Website". NEXT Blogger Sylvia Ofili has some very interesting things to say about these sites, which made me relieved to find someone out there who sees things the way I do.

Regarding the kinds of stories you read on these now ubiquitous sites, Ofili confessed that she "never knew that people had the time or resources to pull off such elaborate schemes just to ask that redundant question, 'Will you marry me?'"

These websites have now mostly crept into vacuous territory, each becoming an "our proposal/love/story is bigger than yours" movie with an award-winning cast of photoshopped photos, 'wordshopped' tales and cringe worthy schemes that best belong to pulp fiction.

Sometimes I think that if people were as imaginative with their lives and careers as they were with Valentine's Day project-planning and Marriage-Proposal formulation, the world would be a far better place to live in.

I also think that there are some things better kept private. The world as it is is already a weirdly flat, open-air, single-stall (single-portal?) marketplace; our computer keyboards (modern versions of Adam & Eve's vegetable skirts) the only things covering our 'private' parts.

Besides everyone knows that the journey of love is typically not a straightforward one; it can often be convoluted and is always demanding. But then, viewed through the rose-tinted glasses of Nollywood-style 'flashback', it hardly ever fails (very deceptively) to take on a glossy appearance and a sandpapered feel.

Which means that, as you, unrepentant trawler of the internet sit at your computer and feed on months or years of other people's relationships - as narrated by them; Time deliriously boiled down to a modest number of polished, surreal-sounding, lovey-dovey phrases - 'clueless' is what describes what you find yourself morphing into.

It is important that Love and Marriage be seen less as 'Event' (proposal, wedding day, honeymoon) than as 'Journey'; less celebrity sack race than abstemious Marathon. Oscar Wilde it was who observed that "[t]he Book of Life begins with a man and a woman in a garden, and ends with Revelations."

The moral of the quip (as understood by me) is this: that a Revelation (if any) should form an addendum in the Book of Life - not a prologue! Not even when said Revelation is of the "behold-the-only-sugar-in-my-tea" variety.

And whatever the brand or variety of the Revelation, does it really deserve to be (di)splayed in that wild wild wilderness euphemistically known as the World Wide Web?