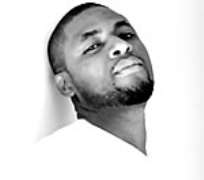 While more and more people are realising that hip-hop is an international music form which can be found in every part of the world, R'n'B on the other hand is still associated predominately with American superstars, such as R Kelly and Usher. But it's now time to welcome a hot, new talent to the emerging African R'n'B scene, already being hailed as the “African Ne-Yo”: His name is DK, aka Don Kolionny.

Born Kola Olatunji in Lagos, DK's love for music started at the tender age of 10 when he was the youngest member of his secondary school choir. Through his father's record collection he was exposed to different styles of music as a child, such as Fela Kuti, Bob Marley, Michael Jackson, Marvin Gaye, King Sunny Ade as well as Gospel artists.

DK started writing songs at the age of 15 and his first live performance was at Lekki Beach Carnival in Lagos with Green Squad, a group which included his brother TK Rosky and friend, Drillz. His song-writing talents developed further when he started playing the keyboard.

On relocating to London in 2002 DK's love for music flourished and he performed at open mic events at bars and clubs, including the well-known Suga Suga in London's West End. DK also began making beats and eventually met a producer (Boogi3) with whom he co-produced some of the songs for his forthcoming album. One of these songs, “2Nite”, has already been featured on BBC 1Xtra on the UK Homegrown radio show, presented by taste-making DJ Ras Kwame.

A major influence on DK's music includes R. Kelly's style of free-flowing R'n'B and Maxwell's smooth Soul delivery. DK has developed a powerful, unique song-writing and singing style that enables him to deliver smooth R'n'B songs and hard-hitting party jams with ease. DK's lyrics are made up of a blend of English and his native Yoruba language.

“Shake” is DK's debut single. It's a feel-good party song which, according to the new R'n'B artist, invites the ladies to dance and shake to his infectious flow and to party with DK. The video was produced and directed by Mr Skillz (aka JJC) and is already blowing up on Nigerian and UK TV, including MTV Base Africa, Nigezie, BEN TV, Monster TV, Primetime Jamz, Galaxy, AIT International, TV Intercontinental, Silverbird and Sound City, whilst the song is getting airplay on numerous stations, including BBC 1Xtra.