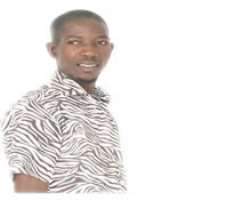 His real name is Kunle Mak Tokunbo but many of his fans who are addicts of his movies know him as 'Dejo Tunfulu', his screen name. To say that Dejo is a household name is stating the obvious as he is loved by all and highly connected in the industry. In this interview with http://www.nollywoodgists.com, he explained how his wife left him, how he lost his lovely mum and his sojourn in the movie world. Enjoy the excerpt.

Where is Dejo from?
I am from Ogun State.
Which part of Ogun state are you from?
I am from Egba, Ikija to be precise.
Can you tell us your real name?
My real name is Kunle Mak Tokunbo
What prompted you to acting?
I started acting from my secondary school days when I joined the entertainment and acting society. It was there I developed the interest.

Why did you choose to be acting the role of lowly characters like gateman, houseboy or an imbecile?

I did my research very well before I joined and I decided to start as a stammerer and other similar roles followed.

At what age did you join Nollywood?
I have been acting before the advent of Nollywood. Nollywood started in year 2000 or thereabout and I have been acting since 1987. I featured in 'Theatre Omode' on Nigeria Television Authority, NTA channel 7.

You also went to London to…
No, not London, we went for Durban Film Festival in South Africa and it was there we shot the film, 'Won wami l'Ame'.

How many films have you produced so far?
They are many including: Tori ife, Aya rere, Owo o mo ago, Born boy,Ero ibanisoro and host of others.

How many films you've featured in?
Quite a number
How come, your fans will not believe this?
They are uncountable. I just thank God for His mercies.

Who are your parents?
The late Mr. and Mrs. Abass Adetokunbo.
How and when did you lose them?
I lost my father in 1986 when I was still in the secondary school. He was 60 years plus. I lost my mum on January 17th this year. I had an accident that day and few hours later I was called that my Mum had died.

That means it was the shock of your accident that killed your mum?

How old was she as at the time of her death?
80years plus.
How many of you are in the family?
We are just seven.
What number are you?
Last child.
Are you married?
Single but I am living with my kids.
How many are they?
Male and female (won kii ka omo fun olomo) You don't count the number of children in Yorubaland.

What happened to their mother?
She just left to marry another man.
Was it because you are not rich enough or what?
No. Let's leave that aspect.
Any plan to remarry?
If God says yes.
Who is your mentor in the industry?
The late Chief Hubert Ogunde.
But the character you represent is quite different from his?

That doesn't matter. I just love the man.
What's your favourite food?
Eba, with good stew.
Who is your best friend?
I don't have a best friend, I only have friends.
What about Boy Alinko, (Bayo) learnt he is your brother?

No, Bayo is just a friend. We are not related.
Who is that person you have been praying to meet that you have not met?

Money.
How rich is Kunle (Dejo)?
I'm just okay, am not rich but very comfortable.
What are your hopes for Nollywood?
My brother, we are trying. It is just a matter of time I believe we shall get there one day.