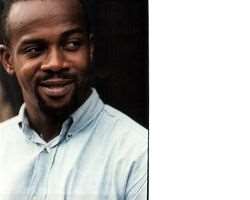 Ubaka Joseph, whose film, Trapped Dreams, was shown in competition at the just concluded Pan African Festival of Film and Television AS reflected in the title of the movie, the Nigerian system nearly trapped Lagos-based Ubaka Joseph's vision. He has in mind a high way of making films, but the market operators in his fatherland prefer Nollywood's peculiar way of doing so. So when he completed work on Trapped Dreams, the marketers developed cold feet, as they showed too much concern about the actors involved in it.

The marketers prefer known faces, even if the roles created by the story line do not accommodate such professionally. They also do not mind if the movie is made in two days, once it can meet certain calculations concerning the market. But because Ubaka insisted otherwise. He had to explore other avenues to promote and distribute Trapped Dreams – through festivals especially.

Now, things are looking up for him.
Among other outings, Trapped Dreams is one of the films shown in competition at the just concluded Pan African Festival of Film and Television. In January, it was shown at an international film festival in Gothenburg, while it also has a date in March at another festival in Switzerland. Such exposure has not only brightened the chances of the movie, it has also widened the horizon of the producer.

”I have a different orientation from our Nollywood brothers,” says Joseph. ”Initially I was disappointed when the marketers insisted on known actors. But when the film started making waves internationally, I realised their style is a blessing in disguise.

”The fact is that when you are in Nigeria, it's like you are blind. I experienced Nollywood and thought it was big. But when I left Nigeria, my eyes opened. Proper cinema is not just about entertainment. What makes a film is its art and entertainment.”

Trapped Dreams is a film about illegal migration of African youths to Europe. Chike, the prosecutor of the desperate ambition, gets trapped along the line. Bola, a compatriot who ought to help him even ends up duping him, thus pushing him into tougher runs for survival.

On what he believes Nollywood is not doing right, Joseph says most practitioners do not realise that making films is a process. It needs a good script, he adds.

”Making a film in two days is not a good experience or accolade,” he explains. ”We can't teach the white how to make a film in two weeks. The way we make films is bizarre. You need to see what others are doing to make progress. We have to address the pride problem for us to move ahead. Festivals are where the eagles gather when it comes to good films.”