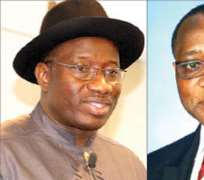 The new Ministry of Trade and Investment has demonstrated immense zeal in the last two months towards ensuring repositioning the country for growth in real sector operation, agriculture and trade. While stakeholders are apparently impressed by the commitment of the new minister, Olusegun Aganga, they seem to seem to be at a loss over the lingering power and infrastructure challenges. LAYI ADELOYE writes.

In less than two months of his appointment as the Minister of Trade and Industry, Mr. Olusegun Aganga, has held two all-inclusive meetings with stakeholders in the real sector of the economy in Lagos.

At the first meeting in company with the Minister of Foreign Affairs, Ambassador Olugbenga Ashiru, Aganga spoke on the transformation agenda of President Goodluck Jonathan's administration, stressing the need for a revamp of the industrial sector, agriculture and trade with regional and global participants.

He explained the change in the ministry's name from Ministry of Commerce and Industry to Trade and Investment as being indicative of new things to come.

'The Ministry of Commerce and Industry has been expanded, refocused and rebranded so that it can play its proper role in the economy; so that it can be the key driver of the economy. If you look at the economy and you want to talk about economic growth, it is all about industry; it is about trade; it is about investment. And when you look at the key drivers of any economy in terms of spending, there are only four of them. There is government spending, which finance takes care of; there is private sector spending; there is consumer spending, and of course, there is export. Those are the four main drivers of spending in any economy,' he had said.

He used the opportunity to inform stakeholders of some impending changes. He said, 'There are going to be many changes; the expectations are quite high. But if we are going to achieve our transformation agenda, that is, economic transformation, it is critical that we all work together to make sure that this ministry succeeds.'

His counterpart in the Ministry of Foreign Affairs, Ashiru, said in line with the expected changes under the transformation agenda, the Federal Government had decided to re-align its foreign policy with the new dictates to promote investment growth and industrialisation.

In an apparent pursuit of the collaborative agenda, Aganga followed up with a second stakeholders' meeting in Lagos penultimate Thursday. But the focus of the second meeting was agriculture.

As a motivation for the agricultural stakeholders, the minister reeled out the success of the first meeting, pointing out that a number of indigenous firms had indicated plans to make huge investments in the economy in the next one year.

For instance, he said 166 indigenous firms operating in the non-oil sector had concluded plans to make investments totalling N1.5tn in the economy within the next 12 months.

He said the investment figure, which was a conservative one because of the few companies captured, was arrived at after an analysis of the survey forms filled by the companies at the maiden meeting with the Organised Private Sector and captains of industry.

According to the survey, the manufacturing, real estate, agro-allied and automotive sectors will get N1.06tn; N198.5bn, N67.8bn and N45bn investments respectively, while tourism, trade and commerce, transport and others will make up the rest.

Aganga, who commended the Nigerian investors for their confidence in the economy, added that the Federal Government was committed to providing the conducing environment to enable the private sector to play a pivotal role in the transformation of the country's economy.

Following the declaration of intentions on the new focus of the government, stakeholders within and outside the economy have been commenting on the new initiatives. However, the main worries remain the poor infrastructure and unstable power supply in the country.

For instance, the World Bank Country Director for Nigeria, Mr. Onno Ruhl, has predicted a good showing for the Nigerian economy. According to him, the economy will grow at a double digit rate in 2011 and beyond, based on the country's new focus on investment.

He noted that in spite of the lull in economic growth triggered by the global economic crisis, the Nigerian economy had the potential to grow at a double digit rate, stressing that with the creation of a new ministry to take charge of trade and investment, the country was on the right track towards achieving its objective of becoming one of the 20 leading economies by the year 2020.

He said, 'The ongoing global economic crisis essentially means that not many economies are growing fast. But the Nigerian economy is still growing fast. However, we all know that the investment climate in Nigeria can be significantly improved by developing in infrastructure and access to credit, thereby making it possible for more people in Nigeria to do business.

'Economic growth in Nigeria is expected to be faster this year, which will allow the country a good opportunity to realise its objective of catching up with other economies of the world in line with its Vision 20:2020 programme.'

On his part, the President of the Manufacturers Association of Nigeria, Chief Kola Jamodu, described the new initiatives in the economy as impressive. Speaking to our correspondent shortly after the one-day agri-business forum in Lagos on Thursday, the MAN boss commended the government's collaborative approach and support to the Organised Private Sector, stressing the need for a greater synergy to achieve Goodluck Jonathan administration's Transformation Agenda. He added that Nigeria had to stop creating jobs for people abroad by putting the right policy in place to enhance local productivity.

Also, the Managing Director, Evans Medical Plc, who is also the Chairman, Pharmaceutical Manufacturers Group of MAN, Mr. Bunmi Olaopa, saw a silver lining in the recent initiatives of the ministry. He, however, lamented the poor infrastructure in the various sectors of the economy, a trend he described as a great hindrance to the achievement of the various schemes being initiated by the government.

The Managing Director, Total Leather, a shoe and leather firm, Dr. Chidi Ironsi, said the initiatives could only yield little without the expected improvement in power supply and infrastructure.

He said, 'We all know what can lift Nigeria's industrial base. A situation where we have massive infrastructural deficit, debilitating interest rate regime and unstable exchange rates, among other factors, cannot produce job opportunities, even with more than N3tn intervention.'