Paul Plays stars in the movie 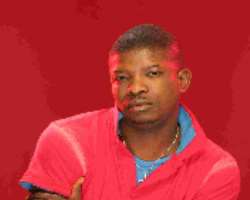 Other leading thespians that added verve and vim to the heart wrenching and suspense filled movie directed by Lancelot Oduwa Imasuen include: Enebeli Elebuwa, Uche Jombo, Desmond Elliot, Omoni Oboli, Lola Shokeye and a host of others.

Interestingly, Pop star and music producer, Paul Play Dairo, also starred in the well-scripted flick from the stable of Purple Pine Production, with offices in Nigeria, the US and UK.

According to Vivian Ejike, the producer of the movie, the story revolves around four good friends linked together by a dirty past.

“The lead act, Kaiyra, a darling of music fans has a secret. In fact, a secret borne out of a chance meeting with some friends at the airport sixteen years ago, therefore, everyone connected to her past must be avoided like a plaque. For this dirty secret to remain buried forever, Kaiyra, must always avoid her erstwhile pals. Meanwhile, on the other hand, Angel, a rising music star, poised to rule the scene and also idolizes Kaiyra, has a regret. She vowed never to forgive the heartless woman that sired and dumped her in a public toilet many years ago.

However, she would do anything to meet her idol, Kaiyra”.

These and many more intrigues, according to pretty Ejike, stands the newest flick out in the midst of many.

In the words of the former top banker, who just returned from the US and UK, where she went to promote When The Heart Lies, its now available on VCD and DVD, and can compete favourably anywhere in the world based on its quality production and the standard film-making equipment used.