PRIVATISATION PROBE: HOW FAR CAN THE SENATE GO? 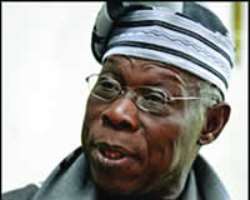 It is time for probes again as the Senate President, David Mark and his colleagues in the red chamber have decided to investigate the privatization and commercialization programme introduced by former President Olusegun Obasanjo. The Senate has set up an ad-hoc committee led by Ahmed Lawan to probe the Bureau of Public Enterprises (BPE) from 1999 till date.

In setting up the probe panel, the Senate is exercising the power conferred on it by sections 88 and 89 of the 1999 Constitution, which empower any chamber of the National Assembly to probe any sector of the nation's economy, with a view to exposing corruption and waste of public funds.

As expected, the move by the apex law making body has continued to generate controversy. Some believe that it will be another exercise in futility considering that findings of such committees are hardly made use of. There are others who argue that the ongoing probe may be another tool targeted at perceived political opponents.

The permutations on the probe are varied with a school of thought even arguing that the exercise might not be targeting past politicians or even Directors-General of the BPE as feared, but part of a ground swell of moves to stop the Federal Government from going on with the privatization of the Power Holding Company of Nigeria (PHCN). There are insinuations in some quarters of a strong interest group that has been working secretly against the privatization of PHCN in particular and the entire principle of privatization in general.

Part of the speculation is that some power brokers favour the Brazilian model of privatization in which the Federal Government would continue to fund the PHCN but can give it to management contractors rather than selling it outright to private sector operators. For critical observers, it is too early to conclude on the motive of the Senate to carry out the exercise but the Senate President made it clear that the nation's upper legislative chamber would not succumb to blackmail in its quest to probe the collapse of the privatization exercise of the BPE.

But in all of this, those whose names continue to ring a bell at the sitting of the probe committee include President Obasanjo, former vice president Atiku Abubakar, pioneer Director-General of the Bureau of Public Enterprises, Mallam Nasir el-Rufai and all his successors since he left the BPE in 2003. But el-Rufai who was also a former Minister of the Federal Capital Territory (FCT), Abuja, blamed the failure of the privatisation process on former President Olusegun Obasanjo, saying he messed up the process by politicising appointments at the BPE.

El-Rufai, who dropped the bombshell while speaking before the Senate ad-hoc Committee on Privatisation currently probing the failure of privatised companies to takeoff, accused his former principal of 'unnecessarily interfering' in the activities of the bureau. El-Rufai's revelation came just as the Senate Probe Panel issued a warrant of arrest on top officials of Transnational Corporation, (TransCorp) for failing to appear before it Thursday.

Since the public hearing on the privatised companies by the committee started, witnesses have continued to indict ex-President Obasanjo, accusing him of forcing the BPE to sell government companies to firms belonging to his cronies at give-away prices even when such companies did not participate in the bidding processes.

At the inauguration of the Senate Ad Hoc Committee, he assured that the probe was not meant to witchhunt those who supervised the exercise.

'The essence of the privatization was that fund would be available in other sectors and then, make the companies more efficient because individuals tend to run companies better than government and the belief that as a result of that, there would be employment by those companies and it would aid national economic growth and development.

'So, the essence is to find out why the privatization has not gone the way government intended it to go. Let me say straight away that it is not to witchhunt anybody, nobody is a target. 'Government may have made some mistakes in the process, the idea is to find out where the mistakes are, rectify them and see whether we can put them back. We represent the people and we hear the grumblings and the pains of the people, which are indeed, the feelings of Nigerians.

'This Senate is too big to target an individual, it is the Senate of the Federal Republic of Nigeria and for anybody to insinuate that we are setting up this committee because we want to target an individual, that is an insult on our integrity and it is totally unacceptable. If you have nothing to fear, then, there is no need to cry wolf, when nobody has even spoken to you', Mark said.

Despite assurances from the Senate President, many argue that the law making body would not be able to establish anything if past experience is anything to go by. But that may not be true as startling revelations have already emerged since the Senate's probe of Federal Government companies sold by the Bureau of Public Enterprises (BPE). The investigation, which began on Monday, exposed many shady deals involving the sales which were allegedly not authorized by the supervisory agency, the National Council on Privatisation (NCP).

As Nigerians are treated to the messy details of the privatization programme with allegations showing that BPE and NCP sold the US$3.2 billion worth state aluminium firm for US$130 million, there are also revelations that the bureau illegally sold government's five percent equity shares in Eleme Petro-Chemical Company (EPCL), Port Harcourt to the Indian conglomerate, Indorama, for US$265 million.

It was also revealed that Aluminium Smelter Company of Nigeria (ASCON), Ikot Abasi, Akwa Ibom State which is worth $3.2 billion (N460 billion) was sold to Russell, a Russian company by BPE, for only $250 million in 2006. The bureau asked the company to pay $130 million and use the balance of $120 million to dredge the Imo River for the movement of its goods.

The Senate asked Russell to refund the $120 million to the federal government since the company failed to dredge the river and instead opted to be routing its goods through Onne Port in Rivers State. The sale is contrary to provisions of the Public Enterprises Privatisation and Commercialisation Act of 1999, which stipulates that the government must retain five percent shares in any privatised company.

BPE current Director General, Ms Bolanle Onagoruwa, who first denied selling the shares, was confronted with evidences and subsequently directed to retrieve the shares. Also, an Indian company, Global Infrastructure bought the Delta Steel Company, Aladja which it never bided for and the Senate ordered BPE to revoke the transaction since it contravenes provisions of the law. Part of the findings is that an indigenous company, Global Fleets Oil and Gas, forged documents and a Memorandum of Understanding (MOU) which it used to acquire 70 per cent shares in National Insurance Company of Nigeria (NICON).

A financial review of NICON undertaken by KPMG accused Global fleet of asset stripping of NICON, especially the withdrawal of £20 million from the London account by Global fleet. The committee agreed to summon former Power and Steel Ministers such as ex-Governor of Ondo State, Dr. Olusegun Agagu, Cross River State Governor, Liyel Imoke and ex-Governor of Gombe State, now Senator Danjuma Goje. Criticising the privatization programme, the Secretary-General of the Conference of National Political Parties (CNPP), Chief Willy Ezugwu, described as scandalous and willful, the sale of the nation's enterprise at ridiculous give-away price when there were higher bidders for such.

'It is scandalous that some of Nigeria's assets were sold for less than a tenth of what they are actually worth, as was the case of $3.2 billion ALSCON which was sold for $130 million. 'The illegal sale of some of these assets while there was no National Council of Privatization sitting, is also a source of concern just like the cases of the Bureau of Public Enterprises (BPE) selling off five per cent of the Federal Government shares in the Eleme Petrochemical Company Limited for a paltry N4.3 billion when it did not have the mandate to do so.

'There is also the mind boggling rot in the Nigerian Telecommunication (NITEL), which 'interests in high place' will not even allow Nigerians to understand at this point,' Ezugwu said. Already, the BPE Director-General, Ms Bola Onagoruwa, has been ordered by the Senate Committee, to submit total earnings from sales of privatized companies from 1999 to date. Many argue that it is not enough to set up a committee as implementing the report that comes after such effort is what matters.