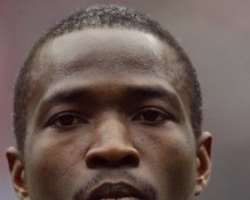 There is a messy tale spreading across Enugu, the Coal City and it involves Super Eagles and international soccer duo of John Utaka, the famous forward for Montpeiler, the French clubside and his brother, Peter.

The messy tale is reeking out from their home town of Ezema Let, Umulumgbe in the Ojebogenne area of the state and putting their names in bad stead.

The gist is that the family led by their mother, went to the morgue and took away the body of another woman in place of their granny who died and buried her in their compound.

The gist bearers said the grave mistake was done by their mum who sources say is over bearing and overzealous and couldn't identify her mother in-law. Said one of the sources “the story of late Madam Utaka is a big dent on our integrity.

When she was ill, everyone was saying her daughter in-law who happened to be the mum of the soccer stars didn't treat her well. They said she was even asking her why she won't die and rest in peace. So when she eventually died, her body was deposited at a popular morgue in the area and her burial arrangements planned.

We gathered that the first sign that all was not well was when three cows bought to be used for the funeral died overnight. As if that was not enough, the next day when the body was to be retrieved from the morgue, the mother of the soccer stars led the delegation with one of the Utaka wives,(one is married to a white woman while the other is married to a Nigeria).

When they got to the morgue, a body was identified which the Nigerian wife said didn't look like that of her grand mum in-law. She was said to have been hushed by the Utaka boys' mum that she didn't know a thing.

But this gist changed under a week when later, some people who were also bereaved went to set up an arrangement for the burial of their own departed and discovered that the remains was missing.

We gathered that this was traced to the Utakas who had buried a week earlier. That was how the party stormed Ezema, Let Umulumgbe to ask for their mum's body.

Do you know that the body was exhumed and taken away while the Utakas had to rebury their grand mum?

This created a big scandal in the area and entire Enugu where the Utakas are famous.

It was when this can of worms of the family was opened that stories started flying that it was a punishment for the Utaka brothers' mum for not taking care of their granny when she was ill.

Others say she has been over bearing and is so much hated by the community for her attitude especially to her husband, Mr John Utaka, the father of the soccer stars who is said to be a popular barber and who has currently lost his sight.

More gist even came out of how the Utaka mum usurped the car the boys procured for their father and more.