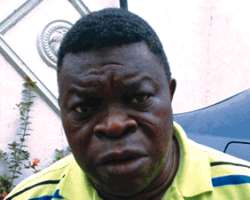 Alao-Akala and Akinsola
In this piece, our correspondent, OLALEKAN ADETAYO, catalogues the various revelations so far made at the public sittings of a panel probing the Oyo State council of the National Union of Road Transport Workers and submitted that politics is the union's albatross.

A Yoruba adage, literarily translated says different kinds of knives will appear when an elephant is dead. This succinctly captures what is currently playing out at the public sittings of the Justice Olagoke Ige-led judicial commission of enquiry set up by Governor Abiola Ajimobi to probe the series of violence unleashed on the people of Oyo State by members of the state council of the National Union of Road Transport Workers.

Before the commission was set up, the fear of the union members was the beginning of wisdom in the state, especially in Ibadan, the state capital. They went about brandishing weapons and leaving behind sorrow, tears and blood.

Those who thought that the senseless killings that have been characterising the activities of the NURTW members would end with the expiration of the administration of former Governor Adebayo Alao-Akala on May 29, 2011 were shocked when they were woken up to another onslaught on May 30,2011. They did not stop at that, the union members again wreaked havoc on different parts of Ibadan many times in June. The last straw that broke the carmel's back was the violence of June 4, 2011 on Iwo Road where many people, including a 500-level medical student of the Ahmadu Bello University, Zaria, Mr. Usman Shanomo were killed.

Irked by the development, Ajimobi inaugurated a five-man panel led by Ige to probe the violence. While inaugurating the panel, the governor said his administration resolved to take the step because it could no longer fold its hands while some people continued to portray the state as a den of touts and hooligans. Ajimobi said that though his administration inherited the problem, it had resolved to put a stop to it. In doing that, the governor vowed that nobody or group found culpable, no matter how highly-placed, would be spared. According to the governor, the terms of reference of the panel include:

- To investigate the immediate and remote causes of the violent clash.

- To identify those individuals and or groups that precipitated and or participated in the crisis either directly or indirectly, and recommend appropriate sanctions to be imposed on the identified culprits.

- To ascertain the number of persons killed or that sustained injuries during the crisis.

- To identify the spread and extent of loss and damage to means of livelihood and assess the cost of damage to personal or public property during the crisis.,

- To investigate the sources of weapons used in the unrest and recommend measures to stem the illegal flow of such weapons in the state.

- To make appropriate recommendations on how to prevent recurrence.

- To examine any other matters incidental or relevant to the crisis and advise government appropriately.

Since the panel started its sitting, it has been a harvest of revelations. One thing that is common to all the revelations so far is that politics remained the centre of the union's crisis. First it was a factional leader of the proscribed union, Alhaji Lateef Akinsola (a.k.a Tokyo) that attributed the crisis rocking the union to the opposition of his faction to the failed second term bid of former governor Alao-Akala. He claimed that trouble started on June 1, 2009 when the ex-governor did not get a favourable response from him on his ambition and hence he (Akinsola) was marked for trumped up charges.

Akinsola made the submission through his faction's Secretary, Alhaji Lekan Aleshinloye, before the commission. He also accused the state former Commissioner of Police, Mr. Baba Bolanta, of allegedly aiding Alao-Akala in his bid to achieve his aim. Aleshinloye told the panel that Akinsola, who has been declared wanted by the state police command alongside another factional leader, Mr. Mukaila Lamidi (a.k.a Auxilliary), was framed up on murder charges to pave the way for the emergence of Lamidi's erstwhile boss, Alhaji Lateef Salako (a.k.a Eleweomo) as the state NURTW chairman.

At another sitting of the panel, a member of the proscribed union, Mr. Kamoru Agboola, recalled how he and some members of the union invaded the state House of Assembly on June 8, 2010 and injured some lawmakers. Agboola, who claimed to be a loyalist of the late Salako at the time of the incident alleged that he and some other members of the union were drafted to the scene on the orders of Salako to attack some lawmakers who were allegedly planning to remove the then Speaker, Mr. Maroof Atilola to pave the way for the removal of Alao-Akala. He recalled that he and his colleagues were first assembled at a filling station on Iwo Road before they were moved to the premises of the assembly.

He said, 'We were all standing in front of the assembly until Salako sighted some of the anti-Speaker lawmakers arriving at the premises. He (Salako) then signalled 10 of us to follow him upstairs. It was there that we beat up one of the them. It was in that process that one lawmaker jumped down from the window and broke his leg. We were given N5,000 each for that operation.'

Also, the State Secretary of the Road Transport Employers Association of Nigeria, Mr. Johnson Akomolafe, told the commission that the NURTW operated as an affiliate of the state government in the last administration, hence its members' determination to hold the state to ransom. Akomolafe recalled that the NURTW also unleashed violence on members of the RTEAN and forcibly took over its (RTEAN's) garages across the state.

He alleged that Alalo-Akala's administration could not do anything to stem it because of the cordial relationship between the government and the NURTW, saying 'the government did not want to bite the fingers that fed it.'

On Monday, a chieftain of the Peoples Democratic Party and Ibadan traditional chief, Senator Lekan Balogun, took his turn before the commission. An ardent critic of Alao-Akala, Balogun told the commission that the perennial crisis in the union was a political creation which was motivated by the administration of the former governor. He alleged that the government sponsored the violence by making available weapons and money, which members of the union used in terrorising innocent people. He said for peace to reign in the state chapter of the union, it must be restructured and insulated from politics.

But Alao-Akala's spokesman, Mr. Dotun Oyelade, has since said that Balogun's submission at the panel does not worth the paper it is written on.

'It is the refrain from a broken gramophone record that peddles untruth to remain relevant. No one believes him except his co-travellers with pre-determined agenda,' he said.

With the rate at which the revelations are unfolding daily, one is sure that more are still coming. The fear in many quarters however is whether the commission would be thorough in its assignment and avoid working towards a premeditated result or not. Another concern is whether the state government would be able to summon the much-needed political will and courage to implement the recommendations that the commission will make without leaving the reports to lie waste.

Since the commission which was inaugurated on June 15,2011, has only eight weeks to submit its report, it is clear that the shape which things will take will be clearer in the coming weeks.