Ife warms up for film fest 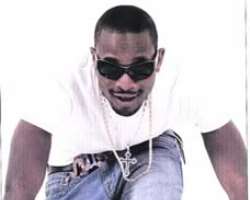 The second edition of Ife International Film Festival is billed to open between Monday January 26 and 30 at the prestigious Oduduwa Hall of the Obafemi Awolowo University, Ile-Ife. Keynote addresses will be delivered by Professor Manthia Diawara - Chair, Africana Studies Department, New York University, USA and Mr. Kwaw Ansah – Award-winning Filmmaker and Chief Executive Officer, TV Africa, Ghana. Lead paper presenters and participants at the roundtable session include the former MD of the Nigerian Film Corporation, Dr. Hyginus Ekwuazi, the MD of the Nigerian Film Corporation, Mr. Afolabi Adesanya and the Director-General of the National Video and Film Censor's Board, Mr. Emeka Mba.

Senator Bello Gada, Hon. Minister of Culture and Tourism. The theme of the festival is 'African Film: Looking Back and Looking Forward'.

This implies that both classics and new works which have helped to define the shape and texture of the African film will be shown at the festival. Such films include selections from the Nigerian Film Corporation Archives and Ghana's 1952 film, The Boy Kumasenu which was the first full-length feature film produced in Ghana by the Gold Coast Film Unit. Others include the 1969 Kenyan film, End of an Empire, and 1964 South African film, Zulu. Post colonial, modern and post-modern films to be shown include award-winning filmmaker, Kwaw Ansah's films, Heritage . . . Africa and Love Brewed in the African Pot. Very mportantly, Jeta Amata's The Amazing Grace will also be screened at the festival. The Public Affairs Section of the American Embassy is also supporting the festival by bringing three films that reveal the African- merican experience. The films are Everyday Use,

America Beyond the Colour Line and Scottsboro: An American Tragedy. Films made by Hubert Ogunde, Moses Olaiya Adejumo (Baba Sala) and Isola Ogunsola (I-Show Pepper) and Ousmane Sembene are also expected to be shown during the festival.

The Ife International Film Festival is not award-based, so prizes will not be awarded for the films screened. The festival has been set up to celebrate excellence in the film industry and to allow African filmmakers and film scholars to interact in order to improve filmmaking and film studies in Africa. It is also designed as a forum where experimental works can be tried out on the audience. Also, being situated in a university, student filmmakers also have the opportunity of showing their works at the festival.