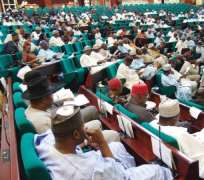 ABUJA, June 30, (THEWILL) - THE House of Representatives today demanded from President Goodluck Jonathan, a communication over his plan to appoint 20 Special Advisers, as required by the Constitution, and subsequently directed its Clerk Mr. Mohammed Sani-Omolori to communicate the decision to the appropriate quarters.

Recall that the Senate on Wednesday approved the appointment of 20 Special Advisers for the President.

The House request followed a point of order raised by the Minority Leader of the House, Hon. Femi Gbajabiamila, in which he argued that the failure of the Presidency to transmit a communication on the planned appointment to the House of Representatives as was the case for the Senate breached section 151 of the2009 Constitution as amended.

Section 151 reads in part; (1) The President may appoint any person as a Special Adviser to assist him in the performance of his functions.

(2) The number of such advisers and their remuneration and allowances shall be as prescribed by law or by resolution of the National Assembly.

According to Gajabiamila, the action may not be a deliberate attempt by the Presidency to undermine the House of Representatives, but fallout of an oversight, and must therefore be corrected.

Ruling on the matter, Deputy Speaker Emeka Ihedioha who presided over the session said the Clerk would take it up, and communicate the anomaly to the President for immediate correction.