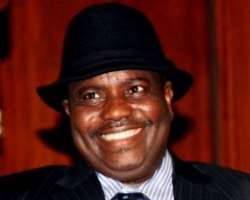 Intrigues, scheming and political manoeuvring have prevented the Seventh House of Representatives from appointing its Body of Principal Officers nearly a month into its tenure, Daily Trust learnt in Abuja yesterday.

Since its inauguration on June 6, 2011 and the subsequent election of Aminu Waziri Tambuwal and Emeka Ihedioha as Speaker and Deputy Speaker respectively, the House has been locked in crisis over who occupies which position due to the jettisoning of the zoning arrangement of the ruling Peoples Democratic Party (PDP) by the MPs.

The PDP had zoned the Speaker to the South-West geo-political zone while the deputy was zoned to the North-East but the lawmakers threw out the PDP formula and elected Tambuwal and Ihedioha, from the North West and the South East zones respectively.

Under the old PDP arrangement, the South-South was to have the House Leader, the South East was to get the House Whip while the North Central zone was allocated the Deputy Leader. The North West zone was to have occupied the post of Deputy Whip, the position Tambuwal occupied in the Sixth House.

A source at the House told Daily Trust that Speaker Tambuwal had promised his supporters from the South-south  zone such as Reps Ndudi Elumelu (PDP, Delta), Loe Ogor (PDP, Delta) and John Enoh (PDP, Rivers)  the position of  House Leader. However, PDP's national leaders had tipped Rep Friday Itulah (PDP, Edo) for the post; Itulah was a strong supporter of zoning during the House leadership election and is a protÃ©gÃ© of Chief Tony Anenih.

Daily Trust learnt that when Tambuwal and Ihedioha went to the PDP's Wadata Plaza national secretariat and apologised to its National Working Committee [NWC] soon after their victory, the PDP bosses handed down a demand before accepting their apologies that they must allow NWC to re-zone the positions of the principal officers and some committee chairmanships in order to address the lopsidedness in the formation of the leadership.

The House, according to sources, deliberately waited to see what will happen in the Senate before announcing its own principal officers but a fresh crisis erupted within the week with members of the North East caucus demanding that 'since they have been schemed out in the Senate they naturally deserve the position of the House Leader and Rep Yakubu Dogara who lost out to become the deputy Speaker was more favoured by members for the position,' a member who spoke off record said.

However, President Goodluck Jonathan and the PDP leadership zoned the House Leader's post to the South-South while they allocated Chief Whip's position to the South West. Mrs. Mulikat Adeola-Akande, who lost out to Tambuwal in the race for Speaker, has been pencilled down for the post. The post of Deputy Leader was then zoned to the North-east and Rep Isiaka Bawa (PDP, Taraba) was favoured by the party bosses to occupy it, while Deputy Whip has been reserved for the North Central. Rep Emmanuel Jimeh has been tipped by the party to occupy that post.

'They are waiting for the President to return [from the African Union Summit] to endorse the arrangement before it is announced,' a member said.

The crisis rocking the PDP is also affecting the opposition parties even as the ACN which has over 70 MPs has endorsed Rep Femi Gbajabiamila from Lagos State as the Minority Leader. The Congress for Progressive Change (CPC), which is the third largest party in the House with 40 members was initially given the post of Minority Whip, ACN chiefs later turned round and demanded but to have the Minority Whip's position as well, which did not go down well with the CPC MPs.

'How can they take the two senior positions [reserved for the minority parties]? We will not accept that. Since the ANPP has the deputy minority leader we cannot go for the deputy whip because it is the least in the leadership,' said Rep Umar Buba Jibril (CPC, Kogi).

When contacted, the chairman of the House ad-hoc committee on Media and Publicity Rep Opeyemi Bamidele (ACN, Lagos) said the House wanted every member to focus on the debate on their new legislative agenda as it was their priority for the week. He said, 'Issues of principal officers is solved at party level rather than on the House floor. It is to be handled at the PDP level but I am not aware if the parties have submitted their position to the leadership. I am sure by next week the leadership will emerge.'