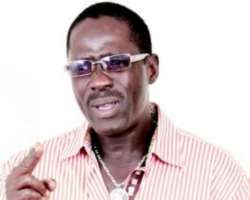 Ace actor, Alhaji Taiwo Hassan, popularly known as Ogogo, has reacted to the rumour hovering around that he is dead, adding that it is an imagination of the people who don't wish him well.

In a recent interview, he expressed dismay on the tale, labeling those behind it as wicked souls. He further described the tale as fictitious and unreasonable, calling those responsible for it to refrain from such an evil act.

“I wonder why people are doing that to me. It is a foolish act, I felt embarrassed when I heard that they posted it on Face book that I am dead. I don't know what they stand to gain from that. I am still very much alive and kicking.