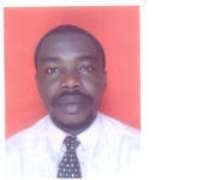 It was not a gobbledygook coming from President Goodluck Jonathan recently that Nigeria's Foreign Policies need to be reviewed. While this review may be seen as coming too late, for an uninterrupted stretched period of fifty years, it is however, a welcomed development.

One such policy that Jonathan should know that is overdue for review is the Nigeria's Marriage Policies. This aspect of the review should be attended to unreserved, because of what the quest to marry and perform the omnipresent “White Wedding” or the “Court Wedding” have caused or is causing our people in this country. However, the gut of President Jonathan to review the Nigeria's Foreign Policies is today raising eyebrows in certain quarters because of what certain persons get from them that they will not be going to get. Or, what certain persons have not been getting that they are going to get.

Many minds are worried, and many are not worried, and many of us hope that this review will bring about the much needed re-orientation Nigerians have not been seeing and receiving much from the titular Nigerian Orientation Agency (NOA). This review, many of us hope, will bring about the Independence majority Nigerians direfully needed, apart from the paper Independence Nigeria has gotten from her colonial masters, whereas the same West still calls the majority of the shots here – lifestyle and governance.

This is time for our country and our people to wake-up from mental slavery. White and court weddings are Greek Gifts the rapacious white people gave our country in her marriage policies to the debasement of our once revered “traditional marriage”.

Many Nigerians have been forcefully pushed to moral aberration in the quest to “document” their marriage, or in the name of whatever reason that pushes them to “achieve” white wedding or court wedding or both of them, after they must have been “lawfully” married according to the laws and traditions of our different ethnicities.

These Nigerians who were brainwashed to believe that “it is not marriage” if one is not especially wedded in the Church or Mosque see these policies Jonathan is talking about to be reviewed as difficult and impossible to achieve, because they again see the policies as holy Pandora Boxes left by the “revered” gluttonous white people. They see these policies as impossible to untie because “we must throw away our traditions and customs” for the embrace of anything West.

It is horrendous that majority Nigerians are yet to believe in “our ways” but the white man's ways, fifty years after Independence from the unrepentant West who came to this part of the world and led humanity here astray and left, without leaving with their ugly trade the religionists are watering down our throat today to believe in.

There is need to review Nigeria's Marriage Policies because our people were left with goofy brainwashed mentality that has caused majority of our people to see anything Black, Nigerian or African as a product of demon needed not be associated with because of the indoctrination the Western religions left here have caused to their psych.

This “mentality” that anything Black, Nigerian or African is evil is the current result where “marriage” is mistaken for “white wedding”. Religionists have thrown our “traditional marriage” to the backbench because of dogma that “you need God blessings”. Is this “special blessing” only found in the churches and mosques, and not in our families?

These religionists have hijacked everything humanity here: They cure madness, stress, brain drain, poverty, and dictate which politician 'God' said would win election through rigging or not, just name them, whereas in abroad where they copied the western religions from, the government of the different countries there have specialists in many of their fortified ministries that oversee the different problems besieging their citizenries and citizens.

It is only in Nigeria that religionists use propaganda such as “God say this and that” to hoodwink majority Nigerians, against the natural animism and humanism beliefs they were known of. They use “heaven and hell fire, familiar spirit, God told Moses, told Abraham” to mislead fragile minds, and most especially, “the world will end so and so day, month or year”.

These disciples of foreign religions have even hijacked the Nigeria's traditional chieftaincy titles and renamed them Elder, Deacon, KSC, KSM, Ezinne, Ezinna etc etc. just to make sure that Nigerians do not look at their traditions and customs but that of the religionists.

What about child dedication? Religionists have made it “compulsory” that it must be done on the “altar”. And this brings the question of why they preach God in the market places, schools, buses etc. if they believe that God only dwells in the big cathedrals that the money used in building them could leverage their mammoth impoverished faithful from suffering.

Our family values should stop being churlished because of these imported religions. The family should be superior to any religion in the world, if we still believe that the family is the strongest institution.

The blessings of parents in the traditional marriage, which cost nothing, should be publicised to being superior to the blessings of clergies in the marriage ceremonies, which the latter cost many financial and psychological expenses, especially during their “white wedding”.


Jonathan should review Nigeria's Marriage Policies and make sure that the parents blessings to their children are held in high esteem than that of the friars. Did pastors and reverend fathers born any child for the parents? Between the parents' prayers and curses and that of the clergies which one is more powerful? No doubt the parents'.

The review of the marriage policies in our country will bring about the thrown away respect our tradition and cultures once had and help re-direct our brainwashed and addled brothers and sisters who relegate their history for the history of white man's Adam and Eve, Abraham and Isaac to come back home with the tales of their ancestries on their lips.

This is the time to review the marriage policies in Nigeria and give the two families giving out their children out for marriage the unflinching power to issue and sign the marriage certificates that make our people go to religionists and spend huge money. After all, there is no portion of the Bible where it was ordained that a clergy must join couples in marriage. It is the sole responsibilities of the families involved to dictate. Religionists have impersonated much in this country because certain portions of the Constitutions allowed them.

The religionists who have hijacked marriage in our country without thinking that we are not whites, do not even get involved when the marriage turns the other way round; it is still the families involved that must face the outcome. So, why must the religionists interfere in marriage in our country, let alone, ascribing “ownership” of the couples to their self in the name of white wedding?

If what newly married people want is the finger ring, their parents can give them that to wear, during their traditional wedding. Parents even have the “divine” power to do that. Not the clergy. For those who believe in the clergy, all they owe him is his prayer, if they still care. When would we begin to do things our way? Just like the Jews, Indians, Japans, China and so on did not recklessly abandon their traditional way of doing things for the cosmetic ways imported here by the West. Just look at the way we are: No more moral values, no more communalism but capitalism, no more being one's brother's keeper but brother's kidnapper, all, in the name of copying the western religions that lack spirituality.

But is wearing the ring a symbol of fidelity? This is a question to the many “wedded” couples operating many loveless homes today we see around us and throw away our eyes as if we are not seeing. Is it the “ring” or the “certificate” that is still holding them? Maybe, the fear of their clergies!

White and court weddings are shameless Greek Gifts handed over to Nigerians because our different successive governments refused to review and update ours. We can't continue this way. Sometimes we should blame less the reckless Boko Haram in the Northern part of our country that said its members do not need the western education. There could be that they saw something. Is China and Japan that did not embrace the western education and religion not successfully burgeoning?

Let us take it that white wedding, or whatever it is called, took the place of our traditional marriage when Obi was still a boy, now that Ada has grown to a full aged woman, the family has to take the mantle from religionists.

But this is only when the government prioritises and mandates that families have to produce and issue marriage certificate to their marrying children and draw the ears of the sprouting foreign embassies in the country and other government agents to accept such certificate as one of the products of the Nigeria's Foreign Policies reviewed.

We should stop mistaking “marriage” for “white wedding”. We are not whites! And why must it be white wedding? We are Blacks and have to conduct Black wedding, which is the “traditional wedding” the religionists have indoctrinated people to loathe with shame. They forgot that everybody must not be a religionist, and the government is helping them by its 100% respect and support given to Christianity and Islam.

One symbolic thing about our traditional way of marrying is that there are processions, unlike the whites that engage their would-be wives, without carrying even a bottle of Coca Cola to any in-law, and wed in the religionists' house next time, sometimes without the “blessing” of their parents. And in Nigeria, we are observing traditional wedding, white wedding and court wedding, occasioned by the evil of Nigeria's marriage policies. Is this not too much and a cheating? Let our traditional marriage be updated with the issuance of certificate and ring, if that have been the problem.