INI EDO TALKS ABOUT HER NEW MOVIE(I'LL TAKE MY CHANCES) 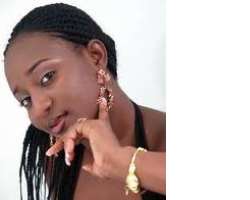 Ini Edo is arguably one of the top actresses in Nollywood.Her foray into the movie world started 2003 when she featured in (MADAM) and ever since, she's being able to carve a niche for herself.
In a recent interview, she talks about her new movie (I'LL TAKE MY CHANCES).
Excerpt from the interview;
I went all out as an Executive Producer alongside Emem Isong; we spent lots of money, I mean lots of cash and invested heavily in the production. We flew in the crew from abroad and adopted different approach by making a non-regular film.Mr Nigeria Bryan, play the lead role in the movie.
She further reveals that, they hired a dance coach for the movie. It is a movie people should look forward to see. This is the best movie I've been involved in says Ini Edo.
Best of luck Ini; can't wait to see the movie.