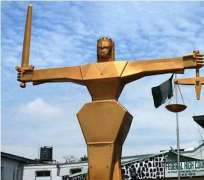 LAGOS, May 20, (THEWILL) - A Lagos High Court sitting in Ikeja Friday deferred ruling on the bail application of former managing director of Bank PHB Plc, Mr. Francis Atuche and two of his associate, Funmii Ademosun and Lekan Kasali, to May 25, 2011.

Justice S.A. Onigbanjo adjourned proceedings after listening to arguments and submissions by counsel to the defendants and the prosecution.

In his argument for bail, counsel to the defendants, Mr. Anthony Idigbe, SAN argued that his clients deserved to be granted bail because the offence they are alleged to have committed is bail-able. He added that his clients had been granted bail in similar circumstances by the Federal High Court and they did not jump bail. But EFCC counsel Mr. Kemi Pinhiero, SAN opposed the bail application on the ground that the Commission could not guarantee that the accused persons would not escape from the jurisdiction of the court.

Atuche and others were arraigned on Tuesday May 17, 2011 on 3-count-charge for allegedly stealing over N11.4 billion naira from Bank PHB between November 2007 and September 2008.

Specifically, they were alleged in the charge, to have fraudulently sold 241,579,284 units of Afribank shares, a joint property of Caverton Helicopters Limited and Bank PHB and converted the proceeds for their personal use.

In addition, the accused persons allegedly converted some of the stolen money into loans to Congnipar Nigeria Limited for their personal use.

They were arraigned for allegedly stealing over N10 billion when they held sway as directors of the bank.