Can Karen Or Vina Make History In BBA6? 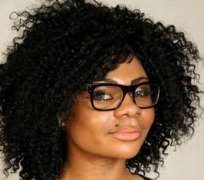 Well by now, it is no news that the yearly Big Brother Africa (now Big Brother Amplified) reality TV show is in progress. The show in its sixth season kicked off on Sunday, May 1st, 2010 and just after one week has had many tongues wagging.

There are 26 contestants in total and all are competing for that juicy cash prize of $200,000. (Two Hundred Thousand USD). It's pretty much the same scenario – Secret House…check, multiple camera views…check, bathroom scenes…check.

Since the inception of the reality show back in 2003, Nigeria has always been fully represented and this time by two very interesting females – Karen and Vina. Karen and Vina aren't the first females to represent Nigeria, if you remember there was Ofunneka Malokwu in 2007, Geraldine Iheme in 2009 and Nkenna also in 2009. All above-mentioned women were all evicted.

Now, all eyes are on these two ladies; Karen and Vina. As day 91 steady approaches, will they beat the odds and join their male Nigerian counterparts like Kelvin and Uti as BBA winners? Will either of them make it a hat-trick for Nigeria?

Melvina Longpert better known as Vina is 26-year-old radio presenter for 99.9 Kiss Fm in Abuja. She describes her personality as 'amplified' and dislikes people who are lazy, unfriendly and think they are better than others are. So far, those who watch BBA will tell you Vina has been 'playing safe'. Her character is easily likeable and the other housemates seem to get along with her.

Just on the first night in the house, Karen called Vina a fake person because the latter confessed she could not speak Pigdin English. Karen is arguably the most popular or better still notorious housemate; be it the use of vulgar language or brash talk, she definitely has an odd way of gaining attention.

Speaking of attention, Vina rocks a pretty mo-hawk hairstyle that stands her out anytime when it comes to looks. Karen on the other hand has had breast enlargements that clearly show in photographs taken prior to the BBA show. She has sure raised dust with her 'new body'.

In a twist of things, just 3 days in the house, a shocking revelation was made; Karen and Vina have once dated the same man! After discussions, the two Nigerian housemates found out that they both dated a guy called Zachariah who they both met in Jos. Apparently, Melvina was born in Jos while Karen grew up there, Vina met him in Jos before she travelled to London. Karen confessed that she also dated Zachariah who currently lives in Abuja.

Since its inception, two Nigerians Kelvin and Uti have won the reality TV show. Will Karen or Vita make history by being the female to do so? Come Sunday, July 31, 2011, the whole world will know.

Will one of these ladies make it a hat-trick for Nigeria.