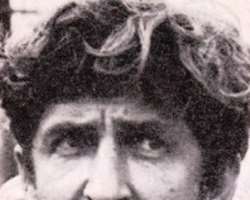 Beier who passed away a few hours ago in his residence in Annandale, Sydney, Australia after a protracted illness is one of the pioneers of developing literature, drama and poetry in Nigeria.

He came to Nigeria in 1950. In company of the famous Austrian artist Susanne Wenger, joined the Extra Mural Studies Department at the University College Ibadan (now known as University of Ibadan) then later travelled to several Yoruba towns and villages organizing classes for the willing participants. After living in Ede and Ilobu, Beier settled in Osogbo in 1958.

Known for his passion for Yoruba arts and culture, as a literary person, he helped publish books on Yoruba festivals and religion. He co-founded the Mbari-Mbayo Artists and Writers Club together with the late Duro Ladipo of 'Oba-Koso' fame.

Some of his books are 'Black Orpheus: An Anthology of New African and Afro-American Stories', 'Thirty Years of Oshogbo Art, Iwalewa House, Bayreuth' and 'A Year of Sacred Festivals in One Yoruba Town, Nigeria Magazine, Marina, Lagos, Nigeria'.